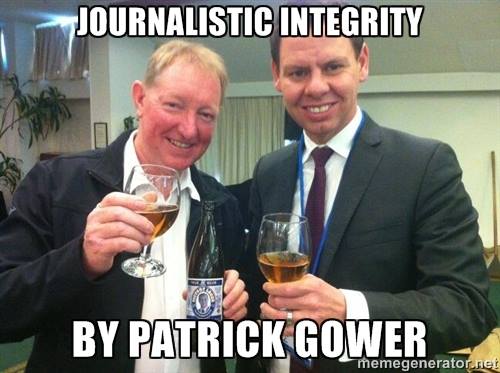 So now we are seeing actual policy, the bias in the mainstream media is more perverse than ever. If you compare the claims of ‘election bribes’ which have accompanied Labour’s announcements of $16 per hour minimum wage,  computers for all children, ending voluntary school donations and smaller classes with the slow luxury hand job the mainstream media afforded Key’s conference a week earlier, it is clear once and for all that the entire mainstream media are all part of #TeamKey.

Where were the mainstream media’s calls of ‘election bribe’ when Key hinted at even more tax cuts on top of the billions he has already borrowed for tax cuts?

Labour have to battle sexism, classism and bias to get their message across, but no matter how the shrill beige brigade of Gower, Espiner, Garner, Henry, Hosking, all newspapers and TV stations get, a free computer, no school donations, $16 per hour and smaller class sizes decide elections, not mainstream media poison.