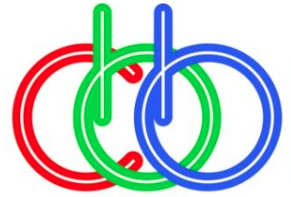 Four boatloads of asylum seekers have recently been liberated into New Zealand’s sovereign ether. Each vessel, a set of frequencies, has spent years adrift in the commercial sea of Sky TV. And aboard each boat are 12 digital television frequencies, refugees hoping for a rewarding, fulfilling and comfortable new life on the nearest coastline. Unfortunately for the four sets of frequencies, the current NZ government has as much regard for public service television as Australian governments have for boat people.
Last month MBIE called for indications of interest, gauging demand for the 48 frequencies. Later this year, they’ll make recommendations to Cabinet, whose decision could mean no public television broadcasting in NZ ever again! It seems extreme but it’s true. If they’re all sold off to the highest bidder, as is the standard government answer to every question, any new public service channel would struggle to afford a frequency to transmit on. The CBB suggested, reasoned, begged MBIE to set aside just one set for non-commercial, ad-free TV. Interestingly Sky TV are not against the idea.
But whose spectrum is it anyway? The radio waves that float around and through us all started out as a public space – like a vast expanse of unbroken earth. Almost all of that wasteland has been divvied up for commercial use, with a few small wedges set aside for community use such as public service radio and television. Sadly after Digital Switch Over that tiny wedge for public service television was forgotten. Small non-profit regional television channels and any future public service channels are forced into battle with the likes of Mediaworks, TVNZ and Kordia in the hope of buying a frequency at reasonable price.
The current scope of this value assessment is principally focused on financial returns and does little or nothing to challenge the occupation and dominance of vested interests and agendas. At this juncture we have an opportunity to reflect again on the government’s role. And to cast our minds back to the early days of Radio Hauraki and the ship it was forced to venture in, to broadcast on a then heavily repressed radio spectrum.
Will protest action once again be required to allow our voices to be heard?

The Coalition for Better Broadcasting is a charitable trust working to champion public service radio, television and online media. We have an active grassroots membership and regular campaigns.