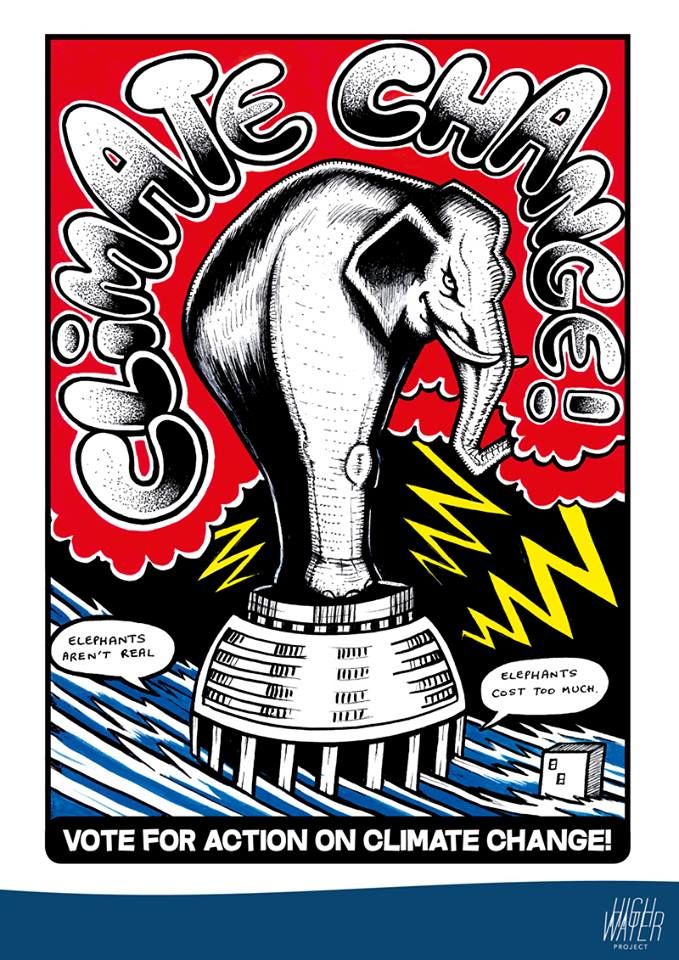 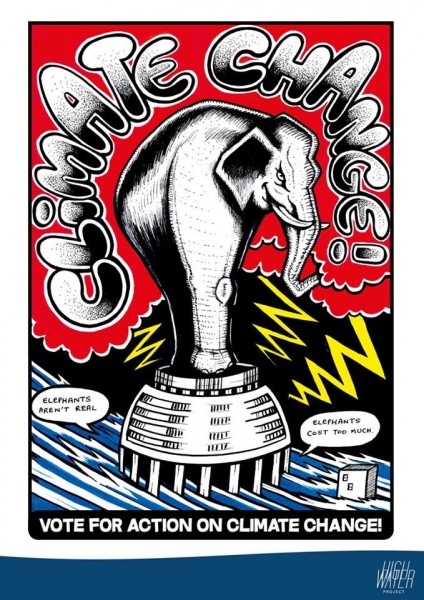 Ten days ago a group of environmental NGOs launched the Climate Voter initiative — a non-partisan effort to put climate change firmly onto the election agenda. Over 18,000 people have already signed up. Climate Voter is going to host a leader’s debate in September, and will be using social media to push the issue as the campaign progresses – principally by asking a dozen climate policy questions of all political parties via Twitter. The first was pretty straightforward, given the US president’s recent efforts to kickstart emissions reductions:

President Obama calls climate change one of the most significant challenges we face, requiring urgent action by all governments. Do you agree?

The answers they’ve received are pretty much what an interested observer might have expected. First out of the blocks was ACT, touting a video by its new leader, Jamie Whyte. He opens his homily by stating that climate change “wouldn’t get into his top 100” problems. Pretty much what you would expect from millionaire climate denialist Alan Gibbs’ pet right wing party, but at least they’re up front about where they stand. Bottom of the list for any climate voter.

For the Maori Party, Marama Fox gives a (to me at least) impenetrable reply: “we believe in the Rangatiratanga of iwi to act as the right of Tangata Whenua!!” I’m not sure what that means at all, and I would suggest that the Maori Party needs to take the whole issue a lot more seriously if it wants to appear to be more than National’s poodle in the coming campaign.

The Labour Party’s reply simply points to their “policy platform” (pdf), which relegates climate change to a relatively brief mention in the environment section on p19. At least the party says it takes the problem seriously, even if they need to do more to make their real policy position obvious. The last Labour government had a clearly stated (and legislated) interlocking set of climate and energy policies. The next Labour government might have something similar, but it’s a matter of guesswork — or faith — until they come to the hustings with some more definite policy statements. We can but wait.

For the Internet Party, Leila Harre answered: “YES. And cos of evidence not cos of Obama. Glad he agrees though.” Nice to know the IP’s on the right page, but again, it would be nicer to know more about their real policy.

The United Future response, “We agree – the benefits of responsible & practical action now will be realised in the long term health and prosperity of NZ” sounds all well and good, but I rather suspect Peter Dunne’s definition of “responsible & practical action” will be very different from mine — given that he’s spent the last three years as a minister in a National-led government.

The Green Party response points to their carbon tax policy, which is — for the time being — the most clearly articulated and obviously serious commitment to climate policy action from any major party. In fact, shortly after the launch of the Climate Voter initiative, there were suggestions that the campaign would have to be careful to maintain its non-partisan stance because of the Green’s obvious mastery of this policy issue.

Most telling of all are the non-respondents. Nothing at all from NZ First, National or Key’s putative lapdog, Colin Craig and his Conservative Party. Simply ignoring climate policy is not going to cut it for the present government in the run up to the election, and it is most certainly not a partisan matter to point that out. The laws of physics don’t care what your politics are, but they will make you pay a high price if you ignore them. National seems hell bent on forcing all to pay that high price, when modest action now would be both affordable and far-sighted.

The Climate Voter initiative is a very useful injection of common sense into the 2014 election campaign, and it will be well worth watching the responses to the questions they post over the next 11 weeks. I suspect that it won’t take too many more weather extremes — like the news that June 2014 was the warmest ever recorded in New Zealand — to put the issue high up on the election agenda, especially for the younger voters: the people who will have to live with the results of our collective inaction.