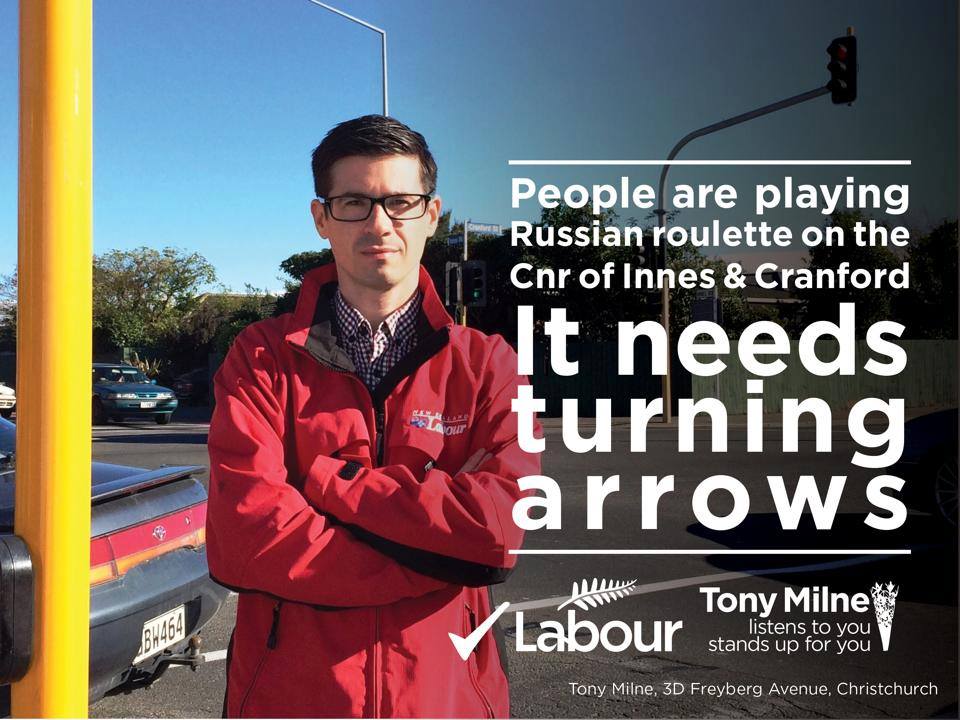 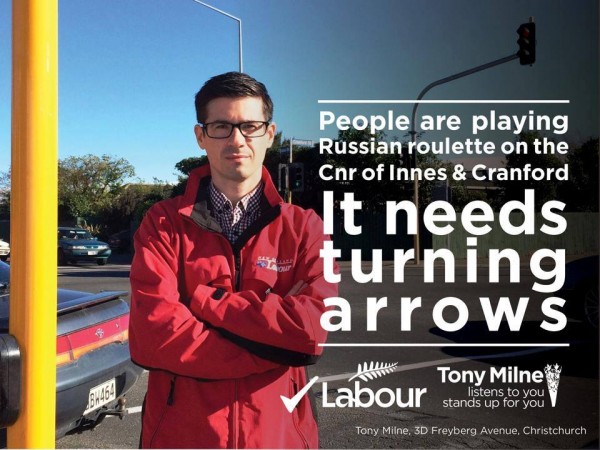 Recently I got accused of being the Tip O’Neill of Christchurch Central.  I thought I’d better look him up on google to work out if that was a compliment or a criticism.  Turns out Tip O’Neill is famous for saying “all politics is local”.

The compliment (accusation?) came as a result of a local campaign I’m running to get a turning arrow on the Corner of Cranford Street and Innes Road.

Since being selected I’ve contacted or been contacted by hundreds of people in Christchurch Central on various issues – mainly issues around housing and homelessness, incomes, power prices, jobs, EQC/Insurance.  But I’ve also been contacted on local issues – Phillipstown School, Centennial Pool, flooding in Flockton and Beckenham, heritage buildings in the central city, the impact of Council’s alcohol policy decisions on inner-city residents etc.

But the issues that has probably generated the most contact has been my campaign to get turning arrows on Cranford and Innes.  It has generated an overwhelming number of e-mails and phone calls and some very passionate folk supporting it.  I was contacted by two residents back in March and started asking questions back then.  My own experience on that corner confirmed the need.  And then I started running a campaign around it.  Tomorrow I’ll launch a petition.

For me this is Labour values in action.  Responsive to local people on local issues and then working with local people to create change that makes a tangible difference for people’s lives.  Whether it’s a turning arrow or a living wage – change starts at a local level.