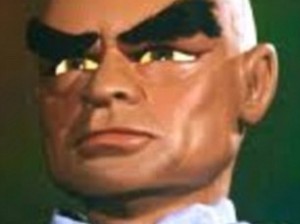 I used to think new ACT Party leader Jamie Whyte was a misguided ideologue rather than a particularly nasty advocate for the 1%.

I’ve had to change my mind this week with Whyte’s announcement that ACT will be pushing for all public schools to become charter schools. This man may well have high academic achievement but he’s also a particularly offensive idiot.

I say idiot because that’s the only label for his claim that “…we would see dramatic improvements in the performance of schools, especially those teaching children from poor families” if public schools became charter schools.

There is now a wealth of international evidence – from 20 years of charter schools in countries like the US, UK and Sweden – that charter schools overall are an expensive failure – a rort of the public and a particularly sick joke on parents and children in low-income communities.

In countries where charter schools have gained a foothold we have seen their education achievement drop relative to countries with strong public school systems. Their education systems have become expensive, incoherent and fragmented – and those that suffer the most are children from low-income areas.

In 2012 Act brought out Mike Feinberg to tour New Zealand. Feinberg was a co-founder of KIPP charter schools in the US which ACT held out as the gold standard which New Zealand should emulate.

KIPP produced startling academic success rates for their students but the whole edifice crumbles when you find out they have a “dropout rate” of 30% of kids before secondary school age. This rises to a staggering 40% (sic) for African American boys.

Just imagine the outcry if a New Zealand primary school kicked out 40% of Maori and Pasifika boys before Year 9.

ACT and KIPP have the same three things in common – lies, filthy lies and bullshit statistics.

Charter schools are not about improving educational outcomes for children from poor families. They are a mechanism used by the wealthy to privatise education for profit – using the poor to advance the agenda of the rich.

New Zealand does have a problem with underachievement of children from low-income families as social problems unleashed by the free-market have escalated. Huge numbers of children are in “transience” – struggling to learn as they shift schools regularly for reasons related to poverty. A recent report from Child Poverty Action Group showed that every Monday morning 400 children change schools in South Auckland.

Having helped create problems like transience ACT now has the “solution” of charter schools to make things even worse.

Whyte also has the gall to want bigger government subsidies for private schools. Unlike state schools these schools pick and choose the children they want to teach – no bare-foot brown kids wanted thanks – and they charge huge fees to attend. Not content with that they want even bigger government subsidies to help them keep maximum class sizes of 15.

Why should taxpayers subsidise these schools to keep class sizes of 15 when down the road public school children are in classes of 30 plus?

ALL children deserve the chance to learn in a class size of 15 – not just the heavily state subsidised children of the rich whose parents want them to learn in a socially cleansed environment.