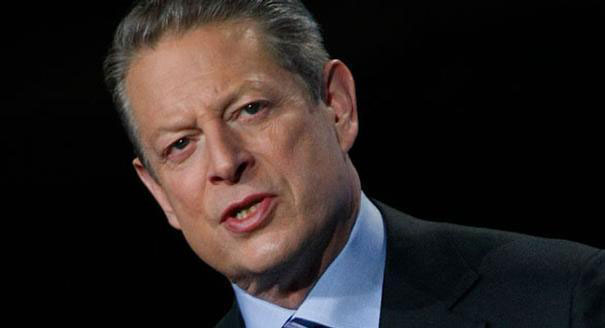 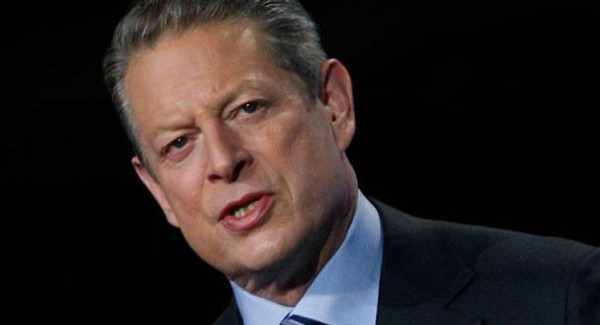 The training is free if you are accepted, but you must agree to complete 10 communication actions within one year. I am one of about 500 leaders at this training. Many are from Australia, but also New Zealand, Singapore, Philippines, and other Asia-Pacific countries.  There are about 6,000 leaders around the world who have completed the training since it started in 2006.

The organisation of the event has been impressive on a few fronts. It’s clear they’ve gone to great lengths not only to make everything high quality and professional, but as sustainable as possible. The set is made of reclaimed timber and plants. The binder, pens and other materials are all well presented, simple and made of recycled card and paper. The food is absolutely beautiful, fresh, local, free range, organic and caters for all dietary needs while being delicious. There are no disposable cups or plates – and compared to most other conferences I’ve attended, it is a very low waste event.

Al Gore’s presentation on climate change is the main bulk of the training, and he spoke for about 8 hours today going through the detail of the slide show, with several prominent climate scientists on stage to assist with answering technical questions.

The goal of his presentation is to convey four key ideas.

Al Gore is an inspiring and energetic speaker. I don’t cry easily, but throughout his presentation I found myself holding back tears.

The material covers the science with graphs and other diagrams, interspersed with images and videos of the human impact of climate change.

Climate change is already leading to an increase in the frequency of heat waves, flooding & mudslides, drought, and fires. These can all take people’s lives, their homes, and destroy crops. Being confronted with challenging photos and videos of these impacts can be very emotional.

But it is not only the direct impact of storms, droughts, floods, fires and famine. The impact of these natural disasters can lead to increased human conflict.

According to documents from 2008, later released by Wikileaks, “…the Syrian minister of agriculture …stated publicly that economic and social fallout from the drought was ‘beyond our capacity as a country to deal with.’”

The threat of climate change is not only a threat to the many species we share the planet with. It is not only the direct suffering and death that could be inflicted on us by extreme weather. It is also the spectre of increased violent conflict, in response to the shortages of food and water that will result from climate change.

There are no technical barriers to reducing emissions. We can break it down and find ways to use less energy, to use clean energy, and to have more sustainable land use. Renewable energy is already growing as coal use is declining. We have many opportunities to increase quality of life, while reducing pollution.

But we have major political barriers because the transformation to a clean economy will cost a few big companies some profits, especially in the short term.

That’s why the Climate Reality Project and others like it are so important. It’s a grass roots movement to inform and inspire people to act.

As Al Gore said at the end of his presentation, this planet is our home. We have got to fight for it.