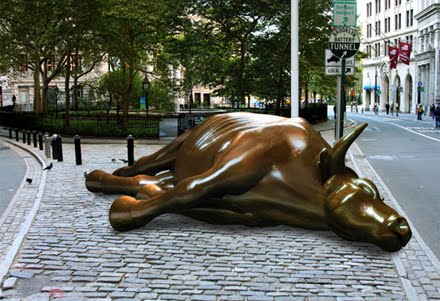 Remember the global financial crisis? Banks ‘too big to fail’ were allowed (not) to regulate themselves. Toxic products traded in an unregulated shadow banking system proved worthless. Households were seduced into mortgages they could never afford so they could buy houses for prices that were grossly inflated prices because the banks had fuelled speculation. Credit ratings agencies were paid by the finance firms whose products they rated AAA. Hedge funds manipulated markets and currencies and reeled in the profits when the herds began to stampede.

Hundreds of millions of people remember the GFC only too well. Most of them are still living it.

But the global players from Wall Street and The City, and their patron states the United States and European Union, want to lock in and extend their failed model of in perpetuity. Nuts? You bet.

Is New Zealand in there too? Right again.

We might not have been hit so hard by the GFC as some other countries. But we have had more than our share of sagas since 1984, as New Zealand became known as the Wild West of financial markets.

My research for a forthcoming book called The FIRE Economy (FIRE = Finance, Insurance and Real Estate) shows New Zealand remains an outlier in financial regulation, pursuing what Treasury, the Reserve Bank and MBIE call a ‘risk tolerant’ regime. That means they recognise there will be failures they could have stopped, but that is better than taking precautions for failures that might not happen.

Oh, by the way, there is no government guarantee to protect the victims of preventable failures. Kiwi ‘consumers’ are expected to develop their financially literacy and take responsibility for themselves.

Last Friday Wikileaks lifted the lid on proposals for the financial services chapter of the Trade in Services Agreement (TISA). Never heard of it?  Well, there’s no reason why you should have. MFAT held a consultation in July 2013 where they especially asked to hear from exporters and investors about barriers they faced in accessing other countries. Otherwise, the government has kept very quiet on TISA.

So frankly have I. Trying to get TISA on people’s radar alongside the TPPA was a bit too much of a challenge, until now.

In a nutshell, TISA aims to lock in the current light-handed (and in New Zealand’s case risk-tolerant) approach to foreign investment and financial regulation, and every subsequent liberalisation. Governments can only take financial regulation in one direction – towards the next financial crisis.

TISA is not a new idea. Some of you will recall its precursor, the GATS (yes another four letter acronym!). The General Agreement on Trade in Services was developed in later the 1980s and early 1990s and became part of the WTO. It was designed as a charter for the major services transnationals, so they could capitalise on the markets opened up by privatisations and other neoliberal policies. The main push came from US finance firms like AMEX, AIG and Citi. But it covers everything from finance and telecoms to health services and tourism.

New Zealand governments and MFAT have been cheerleaders for the GATS and similar strategies in free trade deals. They see business opportunities in ‘exporting’ services, such as private education, consultancies (a favourite it how to privatise postal services), and outsourced services like aviation engineering.

As with our entire neoliberal history, MFAT and the government are not interested in the social dimensions of services, the negative impacts on jobs and local businesses, or the failures of light handed regulation.

The champions of the GATS, governments and corporates alike, failed in their attempts to expand its reach within the WTO. So they formed a group called ‘the Really Good Friends of Services’ (truly, I am not making it up!) and set up their own negotiations on the margins of the WTO.  Last week a new corporate lobby called ‘Team Tisa!’ was launched in the US; the co-chairs are Citi(group), Liberty Mutual, IBM, MetLife, UPS, and Walmart.

Moving beyond the WTO was important. We had a dogfight for years that eventually forced the secretive WTO to open up its processes. Now the draft texts and the minutes of committee meetings are posted on its website.

TISA, by contrast, is just like the TPPA (although at least they say when and where they are meeting – the actual venue for the TPPA talks starting on 3 July is still being kept under wraps). The secret texts and background documents for TISA will stay secret for 5 years beyond any deal – one year longer than TPPA. There can only be one reason for that – to shield the governments from their people finding out what they have done behind the scenes and holding them to account.

What does TISA mean for us? There will be much more to come on this, as well as on the TPPA, now it is out there. A good first step is to ask the political parties whether they have ever heard of TISA and what their stand is on the negotiations of both agreements during the election campaign.

To find out more, check out the following for a start: my briefing paper on TISA chapter on wikileaks, and in theHerald and The Conversation; press releases from FIRST, PSA, Greens,and me; Public Services Internationalpress release, background brief and campaign materials on TISA; AFTINET and Canberra Times on what it means for the Australian banks (and hence for us); and HuffPost.