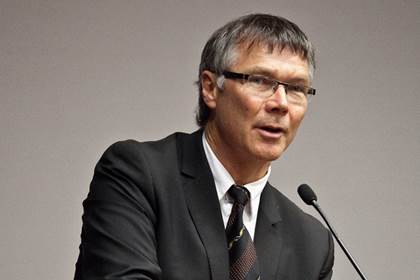 CONGRATULATIONS to the Labour Party for releasing an Alternative Budget well ahead of the General Election. Allowing the voters to quite literally get the measure of Labour’s economic ambitions is an entirely praiseworthy gesture which will, hopefully, be emulated by all the other parliamentary parties.

The document itself is less deserving of praise. What David Parker has produced is a Fiscal Plan that is cautious in conception, orthodox in construction and singularly lacking in political inspiration. If the document can be said to reveal any sort of vision at all it is of the most cramped and conventional kind – as if Parker felt the need to apologise for being a member of the Labour Party by constantly reassuring his readers that when it comes to controlling expenditure his plan is as fiscally responsible as the Finance Minister’s.

Responding to Labour’s Alternative Budget, BusinessNZ Chief Executive, Phil O’Reilly, noted that its costings and commitment to frugal spending would likely be welcomed by the business community. But Parker’s centrepiece – an increase in the top personal tax rate and trust rate to 36 percent – was unlikely to aid competitiveness and would penalise those who tended to invest most.

“Higher income and trust tax along with a new capital gains tax are not good signals for anyone wanting to invest in New Zealand’s growth.” Said O’Reilly.

But this rote rejection of higher taxes on the wealthy is of much less importance that the generally positive noises that preceded it. Clearly, Parker’s Budget is one that offers very little with which New Zealand capitalism could take serious issue. Indeed, the risible addition of 3 cents to the top tax-rate almost certainly occasioned a massive sigh of relief on the part of New Zealand’s top 2 percent of income earners.

On the afternoon he announced his candidacy for Labour’s leadership, David Cunliffe’s response to the inevitable question: ‘Do you believe in higher taxes?’ had been an unequivocal “You betcha!” Ever since, New Zealand’s wealthiest citizens have almost certainly been anticipating an aggressively redistributive fiscal strategy from the Cunliffe-led Labour Party. The announced top rate of 36 percent – 9 percentage points lower than Australia’s – must have them shaking their heads in disbelief. Their party was not so sparing of New Zealand’s poorest citizens.

Parker’s refusal to give effect to the confiscatory fiscal impulses of Labour’s membership is emblematic of everything that has gone awry with Cunliffe’s leadership. Elected on the promise of restoring the Labour Party to its core, democratic socialist, values (and being rewarded with a 37 percent poll rating by an electorate hungry for political substance) Cunliffe has failed utterly to build on the ideological momentum of his historic victory.

It is now clear than in the months following his win Cunliffe spent most of his time attempting to pacify his caucus colleagues. Rather than using the inevitability of constructing a left-wing coalition government to bring obstructive Cabinet aspirants to heel, the new leader attempted to construct some form of policy consensus. Parker’s Alternative Budget is proof of just how successful his caucus colleagues have been in forcing Cunliffe to abandon his democratic socialist promises.

The brutal fact of the matter is that Labour will go into the 2014 election with an economic policy package considerably to the right of its 2011 manifesto. In trying to unite his caucus “team”, Cunliffe has abandoned the very principles that had caused the Labour Left to embrace him as their champion. If Parker’s warmed-over “Third Way” social-democracy (with neoliberal characteristics) fails to inspire the voters, and Cunliffe leads Labour to defeat, it is likely the membership will punish their erstwhile champion’s apostasy with much more severity than the ABC faction’s admirable consistency.

Parker is at pains to paint his deeply conservative economic policies as a progressive “Economic Upgrade”. It is, he tells us in his introduction, “an ambitious set of goals” which, sadly, have required some “tough choices”. Among these, presumably, is the tough choice to compulsorily acquire a portion of a worker’s meagre wages and place it at the disposal of private investment companies until that worker turns 65. Or should that be 67? Tough, too, must have been the choice to build the 100,000 highly subsidised private dwellings the middle-class wants, rather than the 100,000 affordable state houses the working-class so desperately needs.

In the dreary tone of a latter-day version of the British Labour Party’s infamous Depression-era  Chancellor of the Exchequer, Phillip Snowden, Parker informs us that “not all the policies we would like to do can be funded”. The priority, as always, must be “getting the government’s books in order” and “getting the economy growing” after six years of National Party rule. Hardly the sort of message to get the masses flocking to the polling booths!

What’s missing from this Alternative Budget is any hint of a political movement determined to change the overall direction of national policy. There is no plan to bring the ideas and aspirations of working-class people back to the centre of the political stage. No pledge to repair the damage inflicted upon the poorest and most marginalised New Zealanders by successive governments (including the last Labour Government).

There is not even an attempt to make good on the promise at the heart of Labour’s 2011 election campaign: the pledge to “Save Our Assets”. For Labour’s parsimonious finance spokesperson, the notion of “buying back the farm” clearly comes a poor second to “getting the government’s books in order”.

And yet there exist vast capital reserves that a bold and radical Labour-led Government could devote to housing the people and putting the unemployed to work. ACC does not need to be a fully-funded scheme. Were it to return to the pay-as-you-go scheme it was originally intended to be, then the $20 billion taken from levy-payers to transform ACC into an insurance company fit for privatisation would steadily become available for the improvement of New Zealand society.

It is the manifest lack of imagination, the stunted ambition, the absence of excitement and inspiration that makes Labour’s Alternative Budget so disappointing. The wealthy and the powerful will praise it – remarking on Labour’s surprisingly responsible approach to economic management. But for those who look to Labour for the opportunities that helped their parents and grandparents enjoy a more abundant life, Mr Parker’s Fiscal Plan risks being seen as just another reason to stay at home on 20 September.