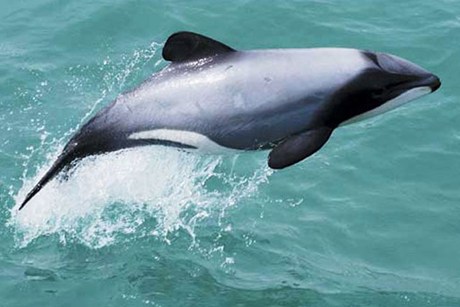 You would think days after all guiltily being manipulated into running National’s manufactured Donghua Liu smear the media would maybe pause before creating their next over hyped story.

Breathless posturing by the media insinuating that Labour somehow want to drill in the marine reserve that Maui’s Dolphins live in because they’ve apparently ‘u-turned’. The insanity is of course that Labour were the first party to introduce the Maui’s dolphin sanctuary and set net ban. Labour couldn’t love these dolphins more if they tried!

Labour’s position is that the industry has to prove they could drill without damaging the Dolphins or their habitat. The threshold an oil company would have to reach to guarantee that suggests it could never bloody happen. Labour have also sided with DoC over the seismic surveying and said that until it can be proven safe they shouldn’t go ahead. They’ll even resource DoC to implement tougher marine mammal protections, and they’ve done all that while balancing the regional needs for industry.

Of all the things to try and set Labour up for, not loving the Maui’s Dolphins is really the most ridiculous. When will Brooke Sabin do a breaking story about David Cunliffe hating kittens?

Honestly, if it’s in the NZ mainstream media, you seriously have to double check it first.