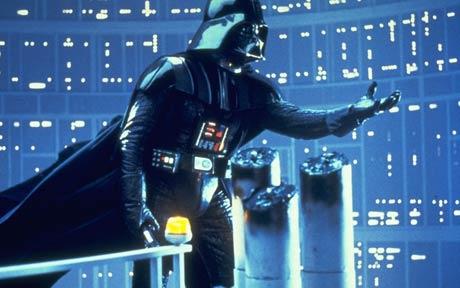 If Labour thought it could name and shame prominent members of the Government and get away with it, then it had another thing coming. And this week, it came. With the PM in the White House, David Cunliffe found himself in the Dog House, according to some, hoisted by his own petard, off his high horse and on to the moral low-ground. With less than three months until the election, many speculate this is the own goal that loses the match.

On RadioLive, Duncan Garner didn’t mince words. Was it a ‘BRAIN-FADE OR A LIE FROM CUNLIFFE?’ screams the headline. “If David Cunliffe’s credibility wasn’t shot before this, it is now. Cunliffe is now unelectable as the next Prime Minister. He had made it clear: he had not had anything to do with, or met or advocated for National party donor Donghua Liu. But, that’s gone up in smoke, because it’s now become clear he did advocate for him as the local MP. He wrote a letter to Immigration officials in April 2003 as the MP for New Lynn – on behalf of Liu who was concerned about the time it was taking to process his Investment Category application. Cunliffe says he can’t recall any of it and his office had no record of the letter. That’s just hopeless. It’s not even a creative excuse. None of this looks flash for Cunliffe. He looks dishonest and who can trust him now? This goes to the heart of his credibility, integrity and likeability; on all three fronts he’s in serious trouble. He’s either got “brain-fade”, or he’s a sloppy liar. Perhaps both.”

In the New Zealand Herald, Claire Trevett was in a similarly unforgiving vein, “Oh David – it’s come down to a question of trust” she writes. ” After Williamson resigned, media were put through the spectacle of Mr Cunliffe responding with the same two lines line over and over again to every question. Williamson’s actions, he said, were “yet another example of the decline in standards of this National Government” and any minister who did such a thing under his reign would be “instantly gone”. Snap, Mr Cunliffe.”

According to the Herald on Sunday editorial, ‘Labour looks in serious disarray’: “With no alternative leader coming forward, the party’s only hope is that Cunliffe can be an effective campaigner. There were signs in the leadership contest last year that he might be. His supreme confidence and his theatrical gestures could shine in television debates. But stubborn pride could be his undoing if it prevents him admitting uncertainty or conceding he could be wrong, as it did on the Liu letter this week. He tried to show the caucus was behind him but it was not convincing. Labour MPs do not appear surprised at events. What will be surprising is if Cunliffe can recover to remain Labour leader after September 20.”

While many (if not most) of the press were having a field day, a couple of unlikely journalists offered perspective.

In the NZ Herald, whilst flogging his new book on John Key, John Roughan confessed “I admired his refusal to apologise for the Donghua Liu letter this week. He had no need to do so – forgetting a routine letter written 11 years ago and failing to find a record of it is perfectly understandable. His repeated denials that he had even known or helped Liu was forgiveable. It was delicious irony after Cunliffe had made the most of Maurice Williamson’s letter to the police on behalf of the same business immigrant and political donor, but no more than that. Many a politician, including Key, would have apologised and got out of it. Not Cunliffe. It is rare in politics and public relations these days to see somebody stand his ground.”

In the same paper, Fran O’Sullivan felt ‘Unfounded resignation calls should be far from Cunliffe’s mind’. Fran saw it for what it was. “That letter was clearly a pro forma note written by his staffers. There was no element of special pleading. It’s no wonder he had forgotten it. It should not have sparked a Gotcha call from political journalists.
Sure National has delighted in watching the long, slow, curving ball play out which revealed Cunliffe had signed off a letter to Immigration NZ a decade ago to inquire on progress on the Chinese businessman’s residency application.”

More pointedly, she writes “But it would reach the heights of delusion to equate this episode with the obvious transgressions that cost Maurice Williamson his ministerial role when he called police on Liu’s behalf, and should have cost Judith Collins her place in the Cabinet when she overstepped the line in the Oravida saga. This is what really matters when it comes to probity in New Zealand politics. Not the simple oversight of an anodyne and quite benign note to immigration authorities.”

Fran knows a confected scandal when she sees one and it s hard to argue with her advice: “Put aside the “Gotcha” politics that both you and John Key have been indulging in. Instead, get out and sell Labour’s defining policies – something which you are exceptionally skilled at when you take a disciplined approach.”

This close to an election, discipline is certainly required. Under John Key, National plays to win. This week, he was in Washington. Audrey Young covered it in the NZ Herald: “Obama said that under his and Key’s leadership terms — they were both elected to office within days of each other in 2008 — “it is fair to say the US New Zealand relationship has never been stronger”. Key said the United States and New Zealand had a shared history “that words probably can’t define”. “We have a feeling and an understanding of each other and we back each other up and I think that is reflected in the nature of the relationship.”

Words probably will define the Trans Pacific Partnership however and Young reports that “The US-led TPP led their agenda and Obama set a specific goal of getting a TPP deal to the US Congress before November. Key announced yesterday Japanese Prime Minister Shinzo Abe would visit New Zealand soon and TPP was bound to be top of the agenda.”

Young gives the last line of her report to a subject that may have consequence far beyond these White House hugs and handshakes. She writes John Key “also indicated on The Nation yesterday that New Zealand would not oppose US air strikes in the growing Iraq crisis.” If the Empire strikes back, New Zealand will not oppose.