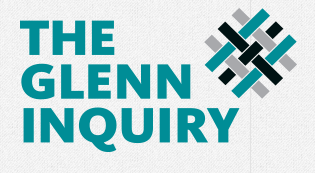 This week saw the release of the Glenn Report, a report on child abuse and domestic violence in New Zealand.  It makes for pretty depressing reading. Also this week we see another senseless murder of one of our children, an 8 month old killed and a man charged with his murder, It’s heart breaking to me.  We have the 5th highest rate of child abuse in the OECD.

We should ALL be talking about this, we should ALL be demanding action.  It should have been all over the news.  Instead a particularly biased media has chosen to fill it’s bulletin’s with David Cunliffe and an 11 year old letter.  Shame on them.

148,659 notifications of suspected child abuse were reported to CYFS in the year ending June 2013, which leaves me wondering how many more weren’t reported.  Police respond to a family violence call every 7 minutes in this country.  EVERY 7 MINUTES.  Where are our social agencies in all of this, why is the National Government standing by and letting our children be hurt and killed?  It is well past the time when something desperately needs to be done.  Paula Bennett Minister of Social Destruction denies poverty, she denies that funding has been cut and laughs and belittles this subject in Parliament when questioned.  She is an embarrassment to this country with her lack of empathy, understanding and action.  Allowing our kids to live in poverty as she brags about cutting $1 billion from welfare spending is child abuse through chosen ignorance by this National Party, as parents and kids are living in tents and parks.  She doesn’t care.

New Zealand is currently not a great place for many families, especially our women and children as our many systems including family court fail them.  Poverty is adding to the stress and depression and causing an inability to cope for many as help rapidly disappears and National brags about the money they have saved.  It makes my blood boil.

How many more babies need to die before this heartless Government does something about our national shame?  For me, one was one too many.  It is to me a disgusting indication of our Government’s priorities, it’s money, money over a precious life every single time.