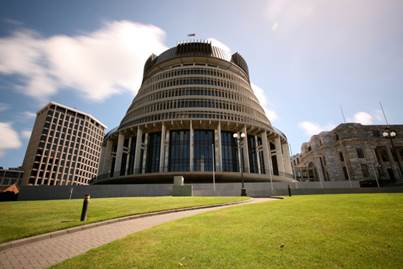 “ALL THE WORLD’S A STAGE” says Shakespeare in As You Like It, “and all the men and women merely players”. Life as a play: as the mischievous scribbling of some amoral dramaturgical deity; is a metaphor as old as the theatre itself.

Closely related, and just as old, is the metaphor of life as a game. Taken as a whole, or broken up into its most vivid elements, the human experience is reduced to something as artificial and essentially meaningless as the turn of a card, the muscular efficiency of a horse or the physics of a rolling pair of dice.

What lies behind both of these metaphors is the desperate need of those who make use of them to empty their personal conduct of all moral agency. Actors do not write the lines they are obliged to read, nor do they control the way their scenes unfold. The shape of the plot is somebody else’s responsibility – not theirs. It’s much the same for game players. They didn’t make the rules, but having opted to play the game they’re obliged to follow them. “Love ‘em or hate ‘em,” say the players, “the rules are the rules.” Or, in the words of a recent blog posting: “The game is the game.”

The “game” referred to in that posting is the “game” of politics and its author, Rob Salmond, is commenting on the skill (or lack of it) displayed by the National Party in its attempted smearing of David Cunliffe.

“National certainly knew about it well before anyone else, and were gloating about it on online forums over the past weekend. I’m betting National also had a hand in cajoling reporters to ask very particular questions of Cunliffe just hours before the incriminating OIA would be released.

“And, to be blunt, there’s nothing really wrong with that.”

And right there – in Salmond’s bland sentence – lies the source of all Labour’s woe.

Implicit in Salmond’s exoneration of National is the notion that politics is a game in which deception, entrapment and public humiliation are all well within the rules. A game for players without scruple or regret. Players to be judged not according to any moral code, but simply according to how adroitly they wield the officially sanctioned weapons of the game.

Salmond admits as much when he upbraids National for bungling the job:

“If you are going to orchestrate a smear against your opponent, but hope to fade into the background while the smear unfolds, it really pays to have your cover-up stories straight.”

He then goes on to gloat about how much better Labour is at smearing its opponents:

“Did you ever hear about Labour’s role in forcing [redacted] of the [redacted] party to resign back in [redacted]? No, I bet you didn’t.”

Presumably Salmond expects his readers to offer up a professional chuckle at this little gem. In much the same way that a Mafia hit-man would acknowledge a fellow assassin’s description of how he dispatched his latest victim. After all, when “the game is the game” there’s simply no room for the squeamish. Indeed, Salmond and his fellow professionals have a name for those who feel nauseated by such behaviour. They call them ‘losers’.

The real loser, of course, is the noble calling of progressive politics. The sort of politics that Labour’s Mickey Savage, eighty years ago, was quite unembarrassed to describe as “applied Christianity”. Unembarrassed, because Savage wasn’t a “professional” politician in any sense that Salmond might recognise. Born into poverty, largely self-educated, quietly spoken and diminutive of stature, Savage did not conceive of politics as a “game”. For him it was the only means by which ordinary, decent working people could secure the prerequisites of an abundant life for themselves and their children.

The Labour Party of Savage, Fraser and Nash, Nordmeyer, Kirk and Rowling did not need to master the dark arts of smearing their opponents. They did battle with the National Party on the sunlit field of policy. The only thing their conservative opponents were “forced” to do was to tell the voters why Labour’s policies of social uplift and collective progress could not possibly be implemented. The basements and back alleys of deception and entrapment remained the natural environment of blackmailers and pimps: the immoral milieu into which such criminal elements have always faded.

But that all changed in the 1980s when Labour’s caucus embraced the politics of “professional” neoliberal governance and abandoned the New Zealand working-class to its fate. It was then that the practice of progressive democratic politics ceased to be the open-ended process of collective emancipation that it had been from the 30s to the 70s. With both Labour and National now irreversibly committed to upholding the rules of neoliberalism, politics ceased to be about turning progressive and emancipatory ideas into reality, and became instead a contest designed to identify which team of politicians was most adept at playing the neoliberal game.

And what else but the skills of deception, entrapment and public humiliation would such politicians seek to master? When “the game is the game” what can politics be – apart from an unceasing effort to beset and belittle the men and women of the opposing teams? An endless conspiracy to make your opponents look like losers.