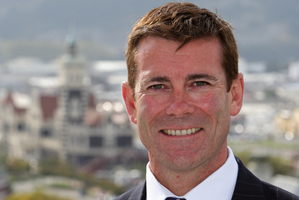 Whoever tipped Woodhouse off to look where he did, and then started the whispering campaign inside Labour to coincide with the release of the letter just before the 3 month loophole  isn’t known. Yet. But the lies National have needed to engage in once they started fumbling this smear  campaign is already falling to pieces.

The timeline shows Woodhouse lying about when he knew about the letter and when he told Key, it’s a clear cut case of smearing…

May 8: Immigration Minister Michael Woodhouse is questioned in the House and by media about his meetings and any National Party association with Donghua Liu. Mr Woodhouse requests information on the file to see if there is anything relevant that he needs to know about. The Herald requests Liu’s residency file under the Official Information Act (OIA)

May 9: In response to file review, Mr Woodhouse is verbally advised – among other things – of the existence of two Parliamentary advocacy letters regarding Donghua Liu, one from Mr Cunliffe and another from the office of Chris Carter.

Weekend of 10-11 May: Mr Woodhouse informs Prime Minister John Key’s Office of the existence of the letters.

May 16: The Herald’s OIA request is declined on privacy grounds

16 June: The Herald run story on Labour donations and connections. TheHerald puts in an OIA request for MP representations for Donghua Liu to Immigration NZ.

…NZers do not care for this type of dirty politics and they don’t like the bullying. None of what has been revealed to date discredits any of the legitimate criticism that Labour have levelled at National for their access to influence for cash dealings. Cunliffe didn’t advocate for Donghua Liu, he simply started asked when he could expect a response and it was 11 years ago. To make an 11 year old letter memory fade the level of political debate suggests an editorial class who are virtual members of the National Party caucus rather than the voice of free media.

Donghua Liu is now in direct contact with National Party handlers and he has made these claims of donating up to $300 000 and it’s a line that Key has been more than happy to insinuate as true when speaking to journalists in Washington. Beyond the shock of this though is the Labour Party piecing together what has happened and they are certain that no such donations of that magnitude were ever paid. Compounding this is that some years ago the disk containing this data was stolen. Take from that what you will.

It seems highly unlikely that Donghua Liu could have donated $300 000 to Labour without it showing up on the books. It could be that Donghua Liu has given his handlers sensationalist exaggerations which the Prime Minister has excitedly leapt upon or it could be some internal corruption inside Labour which took the donation and kept it. Either way, that’s not Cunliffe’s fault  and the issue that now emerges is how active National have been in manufacturing this smear.

Do we really want personal political vendettas  being resourced directly via Cabinet Ministers?  I think National’s arrogance has expanded to such a level that they think this kind of political manipulation is perfectly acceptable. What  happens if voters suddenly get a raft of these dirty ops being exposed just before the election? What would NZers think when they see the kind of tactics the National Party are prepared to indulge in when they don’t think anyone is looking?

Let’s see how NZers vote then.