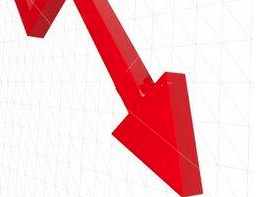 In recent months, successive polls have not favoured the Labour Party and the Left Bloc.

A TV3 Reid Research Poll in mid/late May gave a  shock result for Labour;

A Roy Morgan poll in late May/early June – one of the more accurate of polls – fared no better;

The most recent stats,  from a June  Fairfax/Ipsos poll, was even worse;

Though National’s 56.5% is in pure la-la land (they scored only 47.31% in the 2011 General Election), the overall pattern seems fairly clear; National is rising, whilst the Labour-Green bloc is falling, and – on face value – close to collapse. (I also do not believe that NZ First will not cross the 5% threshold.)

I put National’s rise and the Left’s fall down to three significant factors;

1. National’s May 15 Budget which took a lurch to the left with extra social spending; removing tariffs (temporarily) on building materials; and the promise of a budget ‘surplus‘.

It was a typical electioneering budget, increasing spending on social areas that had been  been previously starved of funding in recent years. Even the so-called “surplus” was questioned by the Opposition.

On 7 June, I blogged on the issue of Labour’s unprovoked and negative attacks on it’s potential allies. I wrote;

Going by recent public comments made by Labour MPs and candidates, it seems that the Labour Party is either planning to sit this election out – or some of it’s higher-ranking public individuals are out of control.

How else to explain recent statements made in the mainstream and social media by Labour people, attacking others on the Left?
[…]

Being “principled” and attacking potential allies will result in looking weak and fractured, in the eyes of the public.

Being “principled” and attacking potential allies smacks of dis-unity. Dis-unity, in the eyes of the public, is not a Government-in-waiting. It is Labour unable to set aside self-interest and party-politics for the good of the nation.

If the public perceive that Labour is more interested in attacking it’s own potential allies – and here is the nub of the problem – then why should people vote for such a fractious party that appears unable to work alongside said potential allies?

How many times have we heard the public say, “why can’t they work together for the good of the country?”.

Well, National’s strategists have understood and implemented this very simple truism; the public do not like seeing squabbling politicians. The public want political parties to work together, collegially to solve pressing problems.

That is why Key keeps repeating his mantra,

“We’ve shown we can deliver strong and stable government and can work with other parties for the good of the country blah blah blah..”

That is why National is high up in the polls.

That is why Labour is floundering and losing support. And respect.

Not only do I not resile from the above comments I wrote on 7 June, but I reassert that recent polling has more than proven my point.

We on the Left can do very little about National’s fudging of Budget figures, nor economic  growth created by demands from an earthquake-ravaged city; a housing bubble; and Chinese consumption.

We can, however, get our own house in order when it comes to inter-party relationships.

If Labour wants to portray itself as a credible government-in-waiting, it must demonstrate that it is capable of working across all sectors in society.

If they cannot work collegially with other Left-leaning parties – then why on Earth should the public believe that Labour could  work with other sector-groups? The ‘signals’ that various Labour MPs (Hipkins, Nash, Goff, Shane Jones, Davis, et al) are sending is one of fractious in-fighting; of “greedy little little children grabbing all the toys in the cot, and not prepared to share and play together”.

This is not a political party demonstrating readiness to be a government. It is a party showing  desperation to grab votes at any expense.

Unless Labour is looking forward to sitting on the Opposition benches for the next ten years, it must change it’s internal culture. We talk about the “Police culture” needing change – I submit that Labour itself needs to look deep within itself and understand why the public are not responding to their policies and messages.

Why is  the public turned off  from Labour?

How does the public view Labour’s bitter attacks on the Greens and Mana-Internet?

What  does the public want?

Ask those three questions at the next focus groups, Ms Coatsworth, and you may start to understand why it is that Labour is not connecting with voters.

Letter to the Editor: playing politics with rape victims, National-style

Budget 2014 – How has National exposed itself in Election Year?