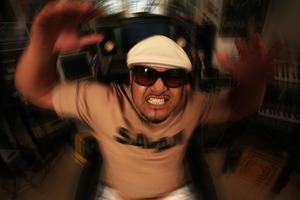 I’ve always been reluctant to turn on the tv when we arrive home from work. Growing up in South Auckland I got tired very early on in my life of the lead-news-stories that were about crime in the area I called home. I was very aware that crime went on as much as it did in my neighbourhood as it did elsewhere, but the media have an insatiable appetite for news out south. Just a few months ago, a fire in Onehunga had the breaking news line that runs across the bottom of your tv screen as “fire in south Auckland”. Just another example of our uncritical media circus looking to feed on stereotypes and ill-informed ideas. Over the last couple of years, our house has choosen to watch Al Jazeera News because at least it offers a counter narrative to the narrow-minded, isolated and neo-colonial views advanced by free-to-air news media.

Being an election year, all the main news items centre on the upcoming election. David Cunliffe is being ridiculously labelled a liar because he wrote a letter that had no bias in it whatsoever in relation to a persons immigration status. Essentially all he asks is: where’s the process at? Without hesitation the narrow-minded media go on a feeding frenzy bringing into question his honesty when there’s clearly nothing in it. In tis mornings paper there’s now news a revolt from inside is possible. I really don’t understand where the journalists get their grandiose ideas from, but unfortunately it’s the kind of material that’s quickly picked up by a general population that’s bought into tabloid journalism as objective knowledge.

Just a couple of weeks ago the Internet-MANA Party announced their merger – something I received with great excitement. I’ve got massive respect for the likes of Hone Harawira, Laila Harre, Annette Sykes and John Minto. I might not agree with all their views, but I’ve watched these people take a firm stand for the things that matter most to them over the years and I’m drawn to their honesty and boldness. I also know John from his days at Tangaroa College – a man keenly interested in his students with a genuine desire to see them excel. Within a day of the merger being announced Harre was on Q+A where the host didn’t let her answer any of the questions being put to her and the lead over at The Nation was about how “moral” it was for the Party to take money from Kim Dotcom. Engaging the likes of King Kapisi to consider seeking political office shows that the Left is seriously willing to locate and engage the 800,000.

The mainstream media is squeezing the real story. And the real story is that the Left are showing the much-needed signs of a force to be seriously reckoned with. There are some great policies coming thru that get little attention but will make a real difference for people. Labour’s ideas to build more houses, lower electricity prices; Mana’s recent policy announcement on immigration for Pacific people are examples of policies that reach the squeezed in our society that believe their votes doesn’t matter anymore. The evening news will be forced to cover the real story soon, when the vote pointing Left come September, includes a vast number of the enrolled-non vote.