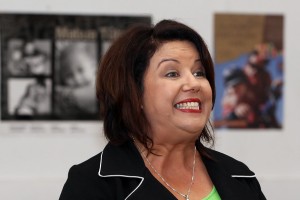 I detest Paula Bennett more than most politicians, as someone who has benefited from the exact policies she has robbed other solo parents of, Paula is a unique case of political hypocrisy.

…but this isn’t the first time Paula has u-turned, let’s remember her words as Massey University Student Association President… 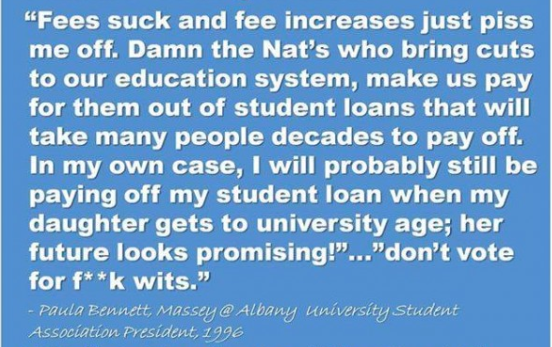 …Paula changes her political beliefs dependent on who is paying her. This brand of sell out doesn’t attract any of the vitriol from the mainstream media the way they are framing the Internet MANA Party.