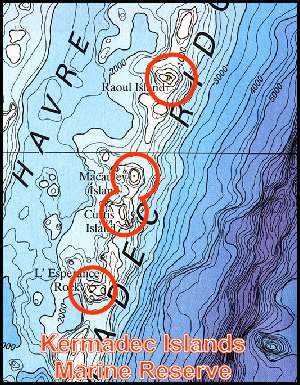 Today over in the US, John Key is drumming up support for a UN Security Council seat and Murray McCully is attending John Kerry’s Oceans conference but it seems no one in National has thought of joining the two issues up. I would love to see New Zealand sitting at the United Nations top table and I support our bid to be represented on the UN Security Council. I think the world needs our voice for peace and environmental protection around that table as it debates thorny issues like Syria, Ukraine and climate change. Facing intense competition from Turkey and Spain for the Council seat we need to put our best foot forward. The world knows us as a proud independent country at the bottom of the world that defied the odds and went nuclear free. The world knows us as stunning Middle Earth. This environmental image is our strategic advantage and building on it by creating the Kermadecs Sanctuary, the world’s largest marine reserve, strengthens our point of difference in the Security Council bid.

Marine conservation is heating up as a significant global issue and enhancing our credentials would be perfect as part of the UN campaign. We are known for our small size and tiny population but when it comes to our oceans we are a marine superpower. We have the fifth largest Exclusive Economic Zone (EEZ) in the world, at twenty times the size of our landmass. We have been leaders on stopping destructive driftnets, opposing whaling and protecting the waters around Antarctica. At a time when the world’s scientists are saying the oceans are in crisis with overfishing, acidification and pollution marine conservation could be an area where New Zealand can do more and lead.

Just imagine: if this week, New Zealand declares the worlds’ largest marine reserve around the Kermadecs. It would be met positively by the international media and would be a massive public relations victory. It would send the world the message we care about the challenges facing our oceans and are prepared to act to protect them. It could be what gets us over the line as various countries vote for UN Security Council seats. It would also be the right thing to do to protect this special part of New Zealand.

The Kermadecs lie North East of New Zealand, halfway to Tonga, ‘in the midst of a prodigious ocean.’ The waters around the Kermadec Islands contain incredible natural diversity and include whales, fish, turtles, and seabirds. Beneath the surface is a series of undersea volcanoes and the world’s second deepest marine trench. National Geographic calls it “one of the last pristine sites in our oceans”. Our largest current marine reserve extends out to twelve nautical miles around the Kermadec islands but successive government’s lethargy in modernising our 1971 Marine Reserves Act to allow for reserves in the EEZ means it is stuck at its current size. I have a Private Members’ Bill in the ballot to extend the Kermadecs Reserve out to 200 nautical miles making it, at 620,000 square kilometres, the largest marine reserve in the world and New Zealand’s only reserve that protects an entire ecosystem.

I have applauded the Government’s recent creation of the Subantarctic Islands marine reserves but it is not enough to prove we’re a serious global champion of the oceans. While 4,300 square kilometres will be protected around the Bounty, Antipodes and Campbell Islands it only increases the percentage of our waters protected in marine reserves from 0.31 to 0.41%. Less than half of 1% protected looks laughable compared to the third of our land protected in National Parks. The creation of the expanded Kermadecs reserve would immediately take this to 15%.

Despite the enormous area that would become protected, only a minimal amount of fishing activity would be displaced. Between the 2007 & 2010 fishing years, an average of only $109,000 a year of fishing activity occurred. This loss of revenue would be more than compensated by the public relations benefits to New Zealand fisheries and huge benefit to our clean green reputation, which is responsible for 50% of jobs and 70% of exports. For a small cost we could send the world a big message.

I am actively seeking political support to create the world’s largest marine reserve and urge the Government to consider adopting my bill urgently as a smart tactic to a successful UN Security Council bid.