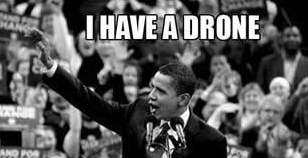 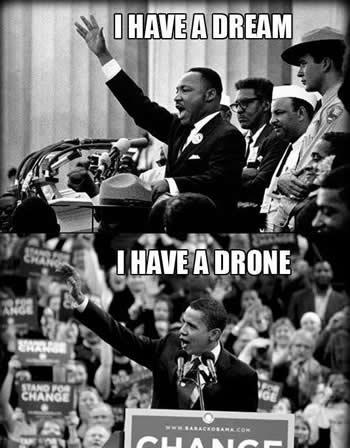 Just this week there has been a reported drone strike in North Waziristan, Pakistan, allegedly killing ten militants. We have been told to expect some retaliation in other parts of Pakistan, but let’s hope that this does not materialise. Things certainly feel a bit hot in Quetta where I am at the moment, but maybe I spend too much time talking to security guys.

Actually, things feel a bit hot across the region. The startling news from Iraq this week amid the on-going tragedy that is Syria are yet more examples of the despair of the many driven by the desire for power by the few.

However, and back to the drones, given this strike and the recent killing of a New Zealander in Yemen by the use of an unmanned aerial vehicle (UAV), I thought it might be helpful for our TDB readership to provide a Reader’s Digest version of the preliminary issues concerning the use of UAVs to kill under international law.

I do so with the caveat that I am not an expert in this field but at least appreciate some of the issues to be able to briefly sketch them out here. I also apologise to those better informed for the extremely general nature of this piece, as I generally apologise for the inarticulate and ill-informed nature of my posts.

UAVs are either remote controlled devices with an operator or have a pre-programmed flight path. There are several different uses for UAVs. In the military, these range from direct combat missions (delivering a weapons payload) to reconnaissance as well as other more discrete uses.

Beyond the military, UAVs are also used in criminal law enforcement and covert surveillance. There are also a considerable range of uses in civilian life – search and rescue operations through to even courier deliveries.

So, UAVs are here to stay, folks! Don’t worry about that. We will become more used to them and I am sure that we will come to rely on them. There are such obvious advantages to using UAVs across all of these current and potential uses, including in combat not exposing your own troops to enemy engagement.

But, as we embrace technology and its advances, we need to remain alert to its nefarious use inconsistent with a modern progressive society placing a primacy on the value of universal human rights. It is evident that the technology has outstripped the law and society’s understanding of the options available to our governments, in parallel with how our governments conduct surveillance of our activities through the Five Eyes network.

In this matter, and in other matters concerning “national security”, our democracy fails us with an absence of informed debate coloured by superficial one-liners demonstrative of an environment lacking in true accountability and transparency. It seems that as soon as the words “national security” are uttered this stifles any robust discussion.

Despite the value of this lament, I digress.  Let me return to the topic at hand and specifically the use of UAVs to kill. In other words, targeted killing by the state.

A fascinating backdrop to this is the Israeli Supreme Court’s 2006 decision on that government’s targeted killing policy (law nerds: read it!). In that decision the Court held that targeted killing was legal, provided that:

I set these out because I feel they provide a helpful frame of reference in thinking about the use of targeted killing.

“Proportionality” also incorporates its own test. In sum (and I am paraphrasing terribly here), proportionality requires that the goal is legitimate in response to the harm feared and that all other means of achieving the same result (removing the risk of harm) have been determined to be unavailable.

In the sense of collateral damage, the harming of other individuals is proportionate only when the goal of removing the risk of harm is able (somehow) to justify such collateral injury or loss of life. In short, a really big cheese might mean you get away with a few more innocent deaths.

The really interesting discussion in the Israeli Supreme Court though was around who was being targeted. Specifically, were these individuals actively taking part in hostilities and thus legitimate targets.

Herein lies the rub. This is the fundamental issue here for under international law governments can kill people legally.

Civilized countries do not condone the use of the death penalty. This is prohibited by international human rights law in breach of the fundamental principle of the right to life.

Yet, and as we well know, several countries do carry out the death penalty, meaning that this principle is not absolute. Where countries employ the death penalty, international human rights law requires that this only be done where it is proportionate (again!) to the crime committed and where the accused is given all of the rights due under internationally recognised principles of natural justice/due process (right to a fair trial, lawyer, appeals…etc.). Failure to follow any of these processes amounts to extrajudicial killing.

Primarily, though, international law allows governments to kill people during armed conflict. (I won’t go into other issues of necessity or justification and probably lots more too that are not currently coming to mind).

Under international humanitarian law (the law of armed conflict) you can legitimately kill a combatant (a soldier), but you cannot target civilians or when a combatant is no longer taking part in hostilities. This latter point refers to the idea of being “hors de combat” – being rendered defenseless or a prisoner of war. You cannot kill prisoners of war – that is a war crime.

Is the US engaged in an armed conflict in all of these countries?  Ask yourself that question.  Ask your family, your friends and your colleagues.

The extreme result of such an interpretation is that the US (or China, maybe) can target individuals in any country if they determine them to somehow be a risk to their national security. The US has shown absolutely no regard for the territorial sovereignty of Pakistan or Yemen in carrying out these attacks.

The other interpretation argued by various commentators is that the “war on terror” is more appropriately characterized as an international criminal law enforcement operation. This interpretation prefers other methods of bringing these terrorists to account over the use of lethal force.  In applying this interpretation, you are specifically saying that the US is not involved in an armed conflict so international humanitarian law does not apply.

I don’t know the answer. But, I know it’s an important issue, and it concerns me that we are being left behind on this debate when one of our citizens is killed.

We do not condone the death penalty in New Zealand, so we should not condone so easily the targeted killing of one of our own.

I was extremely disappointed by the prime minister’s dismissive response that he was “comfortable” with the killing. This is, of course, consistent with his practice of pithy answers and never being openly bothered or fazed by anything.  As for me, I do not for one second condone this individual’s association with these violent and oppressive people, but I do expect my government to protect its citizens and seek accountability for their death regardless of the situation.

In this case, I would have expected our government to ask for a report on the attack and its justification. More than just a briefing, but an actual report similar to the investigation required by the Israeli Supreme Court. I would then make available to the public the parts of the report that could be disclosed without genuinely undermining national security. Only then can we attempt to determine if the attack was a proportionate response. Also, in demanding this transparency, we make the US more accountable for its global activities.

To be frank, the information we have about this particular killing is so sparse we cannot intelligently discuss it.  What would the US do if we killed one of their citizens?

Remember, what we allow the US so easily to do today, we set a precedent for what other countries can do in the future.