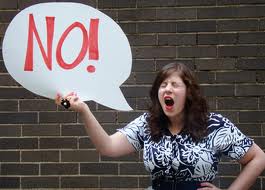 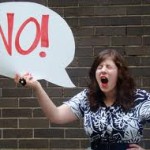 So far this week I have had to counsel three different parents who were distressed after hearing their child is not “at standard” according to National Standards.  I also heard recently that a friend’s child was above standard in reading.  Not surprising in itself – that’s what National Standards are for.  Except in each case the child had only been at school just over a term.

These are 5 year olds.

Ministry advises that “The National Standards are signposts of expected progress and achievement that apply after a student has been at school for one, two, or three years. From year 4, the standards apply to the year level (year 4, 5, 6, 7, 8).”  So how can a child be deemed above, at or below standard when they have clocked up around one term of schooling?

Children learn like they grow, in bursts.  In fact, no, that’s not altogether true, because when a child grows they don’t tend to shrink – but when learning children do go backwards as well as forwards.  That’s normal learning.  So judging normal average children to be behind at writing, reading or maths so early in their schooling strikes me as utterly bizarre.

It’s not as if National Standards are reliable.  It’s now stuff of legend that even John Key admitted the data was shonky. Less well known is that last year Ministry unilaterally moved all writing levels down after they had been supplied by schools.  Not after reassessing them with teachers, you understand – no – Ministry just thought they looked too high and moved them down.  Huh?!

It hardly inspires faith, does it?

But back to the distressed parents.  In each case the parent could not explain to me what exactly the issue with their child’s learning was.  One was beyond upset, worrying that her child was “failing” – and that she was failing her child.  She isn’t.

Ministry says that National Standards help you to:

In these cases and many others that have come my way, it is safe to say National Standards is not helping with any of those things.  What they are helping with is confusing parents and, in may cases, scaring them witless to-boot.  It seems that National Standards are not achieving their aim of inspiring “confidence in your school and the wider education system”.

Those in favour of National Standards argue that  “Providing high quality data that helps us all to understand and support a student’s learning is one of the ways the Government is working to raise student achievement and ensure this happens.”

If that’s so true, why do charter schools and private schools not have to use National Standards?  Particularly in the case of charters,the whole argument for these schools has been that they are for students who are underachieving, in which case you would think that if NS was so incredibly useful then charters would have to use them, too.

It’s all rather confusing.

Meanwhile, more and more parents are saying no to National Standards.  Any mention of opting out brings a flurry of readers, questions and support.  Each new opt out report seems to spur others to follow suit.

Many do not see the benefit of comparing any child’s learning with others or against an arbitrary benchmark that has little to no merit. They know, too, that National Standards have the potential to do harm.  So they are saying no.

One thing is for sure, if these dodgy and divisive standards are ever to be done away with, parents need to speak up. Teachers, BOTs and principals have found their hands tied, but parents are not bound in the same way.

Parents’ voices count. We saw that with the technology teachers debacle, where protests lead to the Minister backtracking at a rate of knots and a fast change of policy.

When it comes to effecting change to unpopular education, resistance is not futile.  Not if it’s parents doing the resisting.