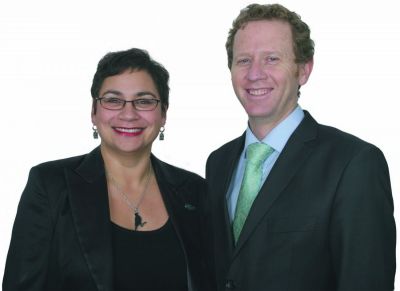 How to raid into National’s soft green-blue underbelly without creating a backlash amongst their core supporters has always been the challenge for the Greens in an electoral market now too crowded on the Left by Internet MANA.

It was a challenge I never thought they could pull off. I even compared such hunts on par with tracking Yeti and Lock Ness Besties, but the Greens over the last 2 weeks have unveiled policy that make deep runs within National territory while earning standing ovations from their core base.

It is astoundingly shrewd tactics that haven’t been appreciated above the roar of the Internet MANA Drum n Bass block party.

The Carbon Tax cut is genius because it targets the soft National vote so perfectly. Everyone who has the economic literacy to own a heat pump all sat up and listened to the mechanics of what was being proposed and saw its intelligent design and clicked the ‘Add to my Cart’ button with all the mercenary efficiency of upgrading an app.

The Greens followed this up with a bold announcement on making Abortion legal. It’s a staunch stance that has real pull to progressive women and goes beyond political affiliation. I think it’s bold enough to truly appeal to young female voters inside National.

This policy pitching isn’t seen by any of the core supporters as selling out, in fact the opposite. The Carbon Tax puts some credibility to pricing in the environmental cost of carbon which is core Green policy and it stands staunchly for human rights, which again are significant values for core voters.

While the Greens out of frustration have in the past flirted with supporting a National led Government, I think I have more chance of personally forming a coalition with John Key than they do post this election.

The Greens are terribly clever and worthy of Cabinet.