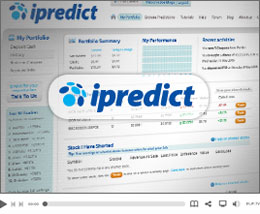 Two very different pictures are emerging between the iPredict market and the mainstream media polls.

Roy Morgan’s this week was terrible for the Left, yet the iPredict markets are suggesting something very different.

The iPredict Election show called the election closest last election and their read on National’s vote on election night suggests that punters acknowledge National are not doing nearly as well as the polls would have us believe. Punters willing to put their money where their mouth is say…

Of smaller parties, NZ First is expected to win 5.1% of the party vote, down from 5.7% last week. The Conservative Party’s forecast party vote is down slightly to 3.6% from 3.8% last week, and remains short of the 5% threshold required for parliamentary representation unless it wins an electorate seat.  Act is steady on 2.3%, as is UnitedFuture on 0.5%.

I think ACT is over priced, Conservatives about right, IMP way too low and Greens I would buy up to 14%.

Where Labour wins is in the debates. The reason so many wanted to see the back of Shearer was Shearer’s inability to stay on topic for 30seconds without wandering off into oncoming traffic. The claims that Labour have made a mistake with Cunliffe because Shearer had polled higher is no defence for what’s about to begin. Shearer’s terrible on camera performances would have seen Key mutilate him alongside the collective gasp of shocked Labour voters who respond by staying home again. The way they did for Phil Goff’s performance when he made C3P-O look fluid and natural.

Cunliffe has a manufactured media narrative wrapped around him, only geeks watching Parliament TV have any idea of how good he is. He needs to turn out the performance of his life in these debates and the fact is he does have that ability is what the campaign will need to rest on. When the masses with a mainstream media pre-conditioned view of Cunliffe turn up to watch Key smash him and end up watching Cunliffe do what he does best, watch for the genuinely honest  beach cricket rule mentality of “Cunliffe won the debates, he should win the election”, to come into effect,.

You can only beat Key by outshining him.