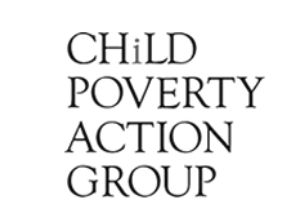 A recent report by the OECD found New Zealand’s house prices to be the second most expensive relative to income in the developed world. Prime Minister John Key’s response was that there is no housing crisis in New Zealand. Unfortunately, two reports released last week suggest that Mr Key’s ‘crisis, what crisis?’ approach shows a lack of understanding of what is happening in many Auckland communities.

The Salvation Army’s just-released report on Pacific people is a mix of the good and the not-so-good. The good news is that Pacific participation in early childhood education has increased, as have NCEA level 1 pass rates. The not-so-good news is that improvements in education outcomes have not translated into increased employment and earnings. But the most dire statistic is that for housing: Pacific people have the lowest rates of home ownership of any group, at about 20%. In effect, every Pacific household formed since 2006 has moved into rented accommodation. Given the differences between incomes and house prices noted by the OECD, and the generally lower than average earnings of Pacific households, this trend looks set to continue.

The second report highlighting housing affordability focuses on transience (also known as residential mobility) among Auckland schoolchildren. Based on a survey of Auckland primary schools, the report looked at roll turnover rather than the movements of individual children. It found high rates of transience among Auckland schoolchildren, particularly those attending decile 1 schools. It also found a steep socioeconomic gradient for roll turnover, with children in high decile schools far less likely to change schools during the year.

The findings of the CPAG report are not new. Officials were concerned about transience as far back as 1998; a 2003 CPAG report came to the same conclusion; and some very good reports by the New Zealand Council for Educational Research and Education Review Office in the mid-2000s also highlighted this problem. So why the lack of action?

As part of the CPAG survey, schools were asked what they thought lay behind high rates of transience. The most commonly cited reason was accommodation. Rented accommodation can be precarious for families, with families sometimes moving several times per year. As rents have increased in the last few years, families have also moved to cheaper accommodation if it is available.

One school observed that families were starting to crowd in together. This is consistent with the Salvation Army’s reports of increasing overcrowding and families living in cars. Given the well-established relationship between overcrowding and respiratory and infectious diseases in children, this is particularly alarming.

Families are also moving for reasons of employment. This is an age of welfare reform, and it seems families are moving around for work or risk having their benefits cut. Under the legislation, people must take up offered work, even if it is temporary or seasonal. It is easy to imagine families trapped in a cycle of low-paid work/shifting/working and shifting again, with all the stress and financial leakage such moves entail.

So why does housing matter? Because the evidence strongly indicates that transience and overcrowding have a negative impact on children’s education. There is no doubt schools try their very best to provide a safe and inclusive environment, but they have limited resources, and a family’s housing arrangements are beyond schools’ control. Study after study shows that educational and vocational outcomes are highly correlated to economic and family circumstances. That includes transience and homelessness.

Ill health also impacts on a child’s schooling. There is no way to gloss over the fact that children are sleeping in cars, garages, and are crammed with their families into single rooms in boarding houses, and that this is bad for their health, sometimes with consequences well into the future.

Can this be solved? Yes, with political will. There are a number of models for the provision of affordable housing. Unfortunately, they almost all involve the active involvement of central and/or local government. The payback for other Aucklanders is that an increased supply of housing will ease pressure on house prices for everyone else. Landlords might exit the market, but the houses won’t vanish.

The low rates of Pacific home ownership, and the transience and overcrowding among our most vulnerable families, tells us the Prime Minister is wrong. There is a housing crisis. Transience and infectious diseases including rheumatic fever must be seen for what they are: reflections of the chronic lack of decent, affordable housing. Auckland’s housing crisis is a South Auckland housing crisis, and that in turn is largely a Pacific housing crisis. Perhaps Mr Key is not looking in the right places.

Donna Wynd is a researcher with Child Poverty Action Group. She has a Masters degree in Economic Geography, and lives in Otahuhu with 2 dogs, 2 cats, and 5 chickens.