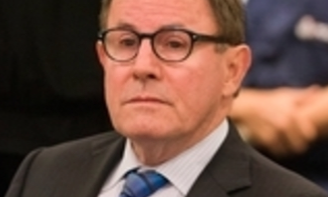 We have every right to celebrate the conviction of John Banks for electoral fraud.

This man was a deeply racist anti working class individual. He was the attack dog for former Prime Minister Robert Muldoon in his attacks on the union movement and migrants. In 1989 Banks claimed that police statistics revealed that 60 percent of violent crime in Auckland was committed by Maori and Pacific Islanders who made up 20 percent of the population. His conclusion was these young Maori were simply a crime wave waiting to happen. He said: “The most frightening extension of the statistics was that Maori and Pacific Islander were 38 percent of the under 4-years group”. (Dominion 20/4/89) A year earlier, Banks was in the news claiming many young Maori on discharge from prison were “no more or less than unguided missiles looking for criminal action.”

His bigotry was pretty undiscriminating. Anyone who was weak an vulnerable he would happily try to kick in the teeth. He celebrated his own wealth and was happy to flaunt it. His hatred for the poor was laced with a shallow, sanctimonious, sermonising of others who hadn’t “made it” like him.

His entire life he has simply been as a bought and paid for servant of the rich and powerful.