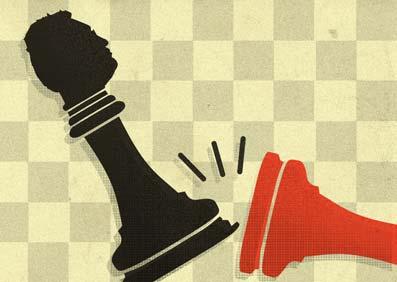 There has been a response to the alliance between Mana and the Internet Party from a number of quarters that has bordered on being patronising hysteria.

At the heart is the indignation expressed that the alliance party, Internet Mana, could have an electorate and list presence in the House on the basis of a win in a Maori seat. All parties aspire to win electorate seats and to attract enough party vote to bring a number of their party colleagues in on the list. In 2011 every party that is currently represented in Parliament stood candidates in electorate seats. In the very first MMP election in 1996, NZ First had 17 seats in Parliament with just 6 electorate seats – Tauranga and the 5 Maori seats. And we all know about the numbers of ACT MPs that owed their Parliamentary experience to a win in Epsom facilitated by a nod from National.

The Maori seats came into being as a result of the Maori Representation Act 1867 which was introduced by the MP for Napier, Donald McLean. McLean was the land purchase agent responsible for dealings that gave rise to many Waitangi Tribunal claims in the Whanganui, Rangitikei and Hawkes Bay regions. In 1856 he was appointed Native Secretary and as Maori resistance to land sales grew, McLean became more devious and made secret payments to certain chiefs to effect sales. McLean was single-handedly responsible for the war that broke out over the Waitara purchase. He never took responsibility for his actions and instead blamed it on the King movement. In 1863 McLean was made General Government Agent in Hawke’s Bay where he owned large sheep runs and then took an active role in the East Coast wars in the 1860s. McLean believed that European dominance was inevitable and desirable and advocated for full assimilation of Maori.

The Maori seats were seen by McLean as a temporary measure, needed only for 5 years until Maori had fully adopted the English legal system of land ownership. However Maori did not co-operate with that time-frame and because of resistance the seats were extended and in 1876 they were made permanent. A study of history would show that the Maori seats provided by the government occurred only after Maori had been unable to progress their own political autonomy through the King Movement and Te Kotahitanga. At the time of the introduction of Maori electorates Maori owned significant tracts of land and paid significant taxes and it was agreed that a temporary measure to give Maori representation was a necessary obligation. The seats encouraged individualisation of title paved by Maori Land Acts and a subsequent increase in land sales meant that by 1900 Maori were almost landless. It is also a fact that the Bill establishing Maori seats was introduced on the same day as a Bill creating 2 further South Island miners seats. Maori representation was a trade off to retain the balance of North Island and South Island seats. Both bills taken together created 3 North Island seats and 3 South Island seats – retaining the status quo while allowing for increased representation for South Island miners.

And so to today. It would be wrong to idealise the introduction of Maori electorates as born out of some benevolence toward tangata whenua. Maori believed they had autonomy but were excluded from political participation. A controlled and convenient vehicle was put in place, largely to accommodate land sales and miners representation.

It is generally accepted that the contemporary need for Maori seats is strongly supported by Maori. That is why Labour supports retention of the Maori seats until Maori choose through the Maori electoral option that they are no longer necessary. ACT, National and NZ First have all advocated for the abolition of Maori seats. All three have benefitted from MMP and the ability for others to come into Parliament on the basis of what may be just one electorate seat. That is the electoral system we have and any change on that basis was rejected by the National Government and its Minister of Justice. It is nothing short of insulting for media commentators to now suggest there is some difference in the operation of MMP because some list MPs might come into Parliament on the basis of a win in a Maori seat. Those are the rules – they cannot just apply when it suits those in power. After all that’s how we got the seats in the first place.