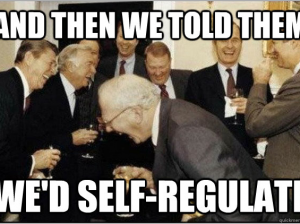 Report: Rules too loose to allow fracking
Environmental protection in New Zealand is too weak to manage the risks posed by the proliferation of oil and gas drilling, a new report has found.

Parliamentary Commissioner for the Environment Dr Jan Wright has released her final report on fracking – the hydraulic fracturing of rock to release fossil fuels – saying exploratory drilling could spread quickly as the price of oil rose and more sophisticated fracking techniques were used.

While the drilling was largely still exploratory “this could change quite rapidly” and and authorities needed to ensure they were not left “scrambling to catch up” to ensure protection was adequate.

Rules and regulations were inconsistent and more direction from the Government was needed as well as greater oversight of wells and drilling waste.

What is most concerning about the report Dr Jan Wright has presented is the totally under regulated madness that is Fracking. It’s the kind of underwhelming regulation that saw so much horror at Pike River, it’s this self regulating illusion that National are more than happy to have occur on their watch in their never ending conquest to eliminate any red tape that impacts upon their big business mate profit margins.

The joke standards that vary wildly from Council to Council project a nightmarish view of big oil companies manipulating with ease their industries interests without Councils having the depth of talent to deal with them.

I thought it was bad, I didn’t know it was this bad…

For example, while the Crown received the royalties, the responsibilities for managing the environmental impacts rested with local councils who were unprepared for an expansion, and whose rules and regulations “often vary widely without justification”.

The Government needed to support those councils and provide more guidance such as through a national policy statement, as the challenges were “nationally significant”.

The public also deserved more of a say on where drilling was allowed, wells needed to be better designed to ensure they did not contaminate water supplies, and there needed to be measures to ensure old wells were monitored and that drilling companies would cover the cost of any clean-up.

The very least we expect is that if this fracking is to go ahead that it is done with the highest possible standards in place with all the risk put upon the company wanting to drill.  That the regulation has been so weak and pathetic to date should anger us all.