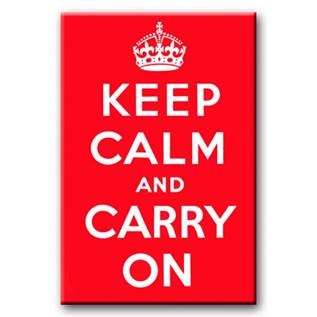 BRACE YOURSELVES, COMRADES, for some horrendous poll results. The next round of surveys from Colmar Brunton, Reid Research, DigiPoll, Ipsos and Roy Morgan will almost certainly register a major slump in the Centre Left’s support and a concomitant rise in National’s numbers – quite possibly to 55 percent-plus. Labour and the Greens will both take nasty hits and the Internet-Mana Party (IMP) will be very lucky to make it above 1 percent. Apart from John Key, the only other person likely to be smiling is Winston Peters.

The polls will be bad because the framing of Kim Dotcom’s latest intervention in New Zealand politics has been so near-universally and overwhelmingly negative. From the Right (and Sue Bradford) has come the steady drumbeat that Hone Harawira and the Mana Party have done a “dirty deal” with Kim Dotcom and, in the process, “sold out their principles” for cash.

Amplifying this message, TV3’s political editor, Patrick Gower, has characterised the IMP strategy as “a rort” (a term which normally denotes morally questionable if not downright illegal manipulation) even though what the Mana and Internet parties are proposing is well within the rules of MMP and has been a feature of every election campaign since the latter came in force in 1996. Gower’s destructive message has, however, been repeated, ad nauseum, by an endless succession of editorial writers, talkback hosts, columnists and bloggers.

The presence of former Alliance Party politicians and staffers in the IMP – most notably the Internet Party’s choice for leader, Laila Harré – has only reinforced the public’s perception that Dotcom has unleashed upon New Zealand a fiercely left-wing coalition that may yet play a decisive role in determining whether or not John Key continues to be New Zealand’s prime minister.

Labour and the Greens, simply by sharing the left of the ideological spectrum with the IMP, will be judged guilty by association with the controversial German entrepreneur. Accordingly, a broad swathe of moderate and centrist voters, when contacted by the pollsters, will register their knee-jerk objections to Dotcom, Harawira, Harré and the IMP by rededicating themselves unhesitatingly to John Key and the National Party. Or, if that is too big a leap, by making positive noises about Winston Peters and NZ First.

The ill-considered outbursts from a number of right-wing Labour MPs over Queen’s Birthday weekend reflected conservative Labour’s instinctive reaction to this sudden and controversial eruption of a new, well-resourced political force to its left. Precisely because they are conservatives, their gut reaction told them that the voting public’s first response to the circumstances of the IMP’s birth would be to punish the entire Left indiscriminately. Their broadcast statements, tweets, and Facebook postings were crude (and ultimately self-defeating) attempts to persuade centrist voters that they should spare Labour from their righteous wrath.

It’s a pity these Labour MPs were so unwilling to hold their nerve and work their way through the emerging situation calmly and logically. Had they done so, their fears would have subsided as swiftly as they had flared.

The Right has been taking free shots against the IMP and its putative allies on the Left because they know this is the last chance they will get to land unanswered blows before Dotcom’s millions begin to take effect. (And rest assured, they will take effect.)

The Right’s principal movers and shakers know – even if their media minions do not – just how much difference a huge campaign war-chest can make to an election’s outcome. They caught a glimpse of what IMP is capable of in the razz-a-ma-tazz of Harré’s introduction. They have also heard the rumours about whole floors of brilliant IT-geeks all beavering away; unheard of political applications; unprecedented polling capability. It’s why they’re hoping against hope that the beating currently being administered to the IMP during this period of “Phoney War” will be sufficiently savage to obviate any chance of its recovery. And a big part of that hope is that the more conservative elements of the Left will help them out by getting in a few kicks of their own.

Hopefully, the more courageous elements within the Labour and Green camps will prevent this from happening. The best thing they can do as the Right strikes out blindly at the IMP is to strongly and confidently articulate their own party’s core messages to the electorate.

They should think of the next round of polls as the Right’s all-or-nothing artillery barrage – something to panic them into a headlong retreat. But, as the shells loaded with appalling results burst over the heads, they should simply tighten their helmet-straps and hold tight.

Behind them the IMP is marshalling its troops, stockpiling ammunition and gasoline, and unloading its tanks from their transporters. The Left has only to keep calm, carry on, and remember that blitzkrieg is a German word.