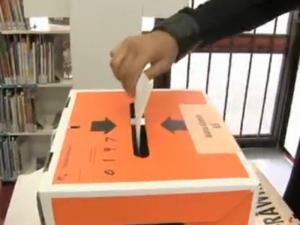 According to today’s NZ Herald Labour is promising to make it a priority to get rid of ”coat-tailing” under MMP if it leads the Government after the September election.

He says that within its first 100 days, Labour would remove the coat-tailing provision and lower the MMP threshold required for a party to get MPs without an electorate seats from 5 per cent to 4 per cent.

This is a very, very very dumb policy. It means that Labour cannot make a tactical decision to support the election of an MP in an electorate when the party the MP represents may be getting less than the threshold because that would be “coat tailing”.

However the Labour Party has formed coalitions with parties in that position in the past. Labour even recommended a tactical vote for the Green Party leader in Coramandel when the party looked like it might fall below 5%. Labour has also supported coalitions with United Future, NZ First, and Jim Anderton’s Progressive Party when they may have brought in extra MP’s from their electorate seats.

This is also a very dumb policy for the Labour Party to announce before the election because they have completely removed any possibility of advising people to vote tactically in electorates where it could make the difference as to whether the Labour Party is able to lead the next government.

This could be a close election. Both major blocs are on around 45%. Labour’s problem is that they are simply one of three parties that make up the left block. They are polling about 30%. The Greens 12-14%. Internet-Mana we can expect will get at least 2-4%.

If the Maori Party gets an electoral seat they may bring in one or two others. That could give the National Party the majority it needs. The Maori Party leader Te Ururoa Flavell the MP for Waiariki is the most likely one of their candidates to win a seat. Last election the candidate who almost beat him was the Mana Party’s Annette Sykes. Labour came a distant third. But the Labour candidate votes would have been more than enough to put Annette into parliament. Assuming the same or similar situation this election, it would make complete sense for Labour Party voters to vote for Annette for the electoral seat while keeping their Party vote for Labour. The added bonus of that smart choice would be the elimination of the Maori Party from parliament so they got no additional seats from their party vote.

The same principle applies in Te Tai Tokerau with Hone. A win there for Hone guarantees that up to 4 strong left wing voices will go into parliament pledged to remove National from power. Electing a Labour candidate there will not add one seat to the total number that Labour gets in parliament. Every electoral seat a party wins simply reduces the number of seats they get from the list. It makes no difference to the total if they are above the 5% threshold. So if Labour take the seat off Hone it will mean the left bloc in parliament will be reduced by at least three or four seats. In a close election that could make all the difference. Tactically it makes sense for Labour to put thir candidate hight enough on the list to ensure he doesn’t need to win the electorate to get into parliament. A nod and a wink (or a cup of tea) would ensure Hone could win the seat comfortably and strengthen the left presence in parliament. Don’t you want to be Prime Minister David Cunliffe? Don’t you know how MMP works?