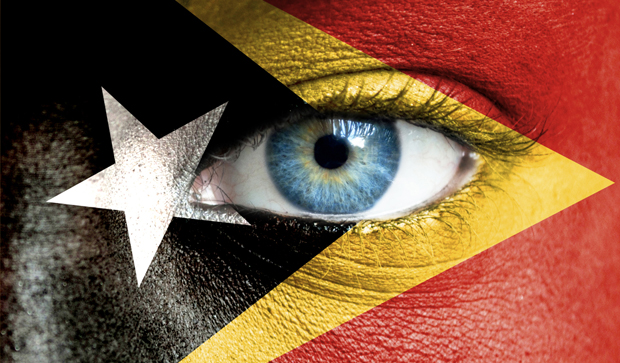 JOURNALISTS and civil society critical of the flawed Fiji mediascape in the lead-up to the first post-coup general election in September should also be up in arms over the attempts to muzzle the press in Timor-Leste.

A new law passed by the National Assembly in Dili early last month raises the Asia-Pacific bar in suppression tactics against probing media.

The law, not yet endorsed by the president, severely limits who can qualify to be “journalists” and could potentially curb overseas investigative journalists and foreign correspondents from reporting from the country as they would need advance state permission.

In a fledgling country where the media has limited resources, media officers and other researchers working for NGOs have been providing robust reporting and analysis of the country’s development progress – especially over the oil producing industry.

Critics describe the law, adopted in Parliament on May 6 in spite of a campaign of public condemnation, as one of the most restrictive in the world. The law has been featured by the latest edition of Index on Censorship.

One NGO, La’o Hamutuk, has been at the forefront of analysing this law and coordinated a letter to President Taur Matan Ruak, appealing for him to veto the law because it will “harm democracy and human rights”.

The new Press Council mandated by Parliament will have the power to impose fines and jail on journalists breaching the law.

Declaring the law to be against the constitution, Belo says the law has been introduced by Prime Minister Xanana Gusmão’s government to “protect itself from media scrutiny and the scrutiny of the people”.

La’o Hamutuk (Timor-Leste Institute for Development Monitoring and Analysis) has monitored and critiqued the progress of the legislation since late last year and has provided a valuable media law resource page on its website.

At the weekend on its blog, it publicly released the letter to the President, which has been signed and endorsed by a number of international organisations – including the Pacific Media Centre in New Zealand, East Timor and Indonesian Action Network in the US and TAPOL in the UK – as well as local groups and individuals:

On 6 May, Timor-Leste’s Parliament passed a law which would severely restrict Constitutional rights of freedom of speech and of the press. More than three weeks later, they have not yet sent the law to President Taur Matan Ruak, who will have 30 days to sign or veto the law when he receives it.

On 29 May, La’o Hamutuk and other organisations urged the President to veto the law, “because it will harm democracy and human rights, restrict many people’s rights to freedom of expression, and give power to a single group to issue a few licenses while limiting other people’s rights to share information. We believe this violates Timor-Leste’s Constitution and the International Covenant on Civil and Political Rights.”

Their letter is online in Tetum or English translation, as well as information and analysis. The following is abridged from the letter:

Your Excellency, Mr President, with our respect,

On 6 May 2014, National Parliament approved a Media Law, after nearly three months of work. La’o Hamutuk participated in a Parliamentary hearing on 19 February, where we explained that the draft law could damage freedom of expression and freedom of the press.

Since National Parliament has not repaired the basic flaw in this law, we would like to ask the President to use your powers to veto, as a symbolic and actual protection of democracy and the principles of independence. This Law will harm democracy and human rights, restrict many people’s freedom of expression, and give power to a single group to issue a few licenses while limiting other people’s rights to share information. We believe this violates Timor-Leste’s Constitution and the International Covenant on Civil and Political Rights.

Free expression is a principle of democracy.
Freedom of expression is a universal principle of democratic nations, and laws must not limit the rights of any person to receive and distribute information. This principle is guaranteed by Articles 40 and 41 of Timor-Leste’s Constitution and Article 19 of the International Covenant on Civil and Political Rights, which Timor-Leste has ratified. Timor-Leste is legally obliged to follow them, and legislation must reflect their fundamental principles.

Article 2(a) of the proposed law defines “journalistic activities” as “seeking, collecting, selecting, analyzing and distributing information to the public, as text, words or images, through a media organ”, which Article 2(l) defines as “a person or corporation engaged in journalistic activity.” Article 2(i) says that a “journalist” is a professional whose principle activity is “journalism.” These self-referential definitions encompass a far broader range than commercial newspapers, radio and television stations.

In reality, many other people have a profession of distributing information, such as researchers, academics, civil society organisations, bloggers, freelance journalists and others. Therefore, this Article limits freedom to distribute information to professionals with credentials from the Press Council, which represents commercial media. In truth, the Press Council cannot limit people’s freedom of expression, as Articles 42, 43 and 44(b, c and d) in this Law would empower it to.

In addition, Article 12 cancels some people’s right to freedom of expression, rejecting the rights of anyone who is not an “adult citizen” to be a journalist.  This provision restricts students who want to cover news as well as student bloggers who publicize information. For example, students at Escola São Jose (Sanyos) write in Suara Timor-Lorosa’e, and coverage by students as Colegio Saó Miguel (CSM) is often on STL TV news.

The law should protect the diversity of opinion.
A key function of the press is to circulate information and opinions from different perspectives, to help people understand various sides, rather than to give only one view.  Article 3.1(e)’s description of media’s function to “promote peace, social stability, harmony and national solidarity” could discourage dissemination of other points of view. Article 4(g)’s requirement that media “promote the public interest and democratic order” could be an excuse for repressing different opinions. These articles contradict Article 20.1(c) which says that a journalist has a duty to “defend the plurality of opinions, ensuring the ability of expression of different currents of opinion and respect for cultural, religious and ethnic diversity.” We hope that the latter point of view will prevail.

In addition, we are concerned about Article 23’s statement that a separate law will regulate non-profit media. Although we do not know what Parliament plans for that law to include, the current example is cause for concern. If the intention of Article 23 is to state that this Media Law does not apply to religious, community and non-profit media, it would be better to say that explicitly, that such publications do not need credentials from the Press Council.

Don’t restrict the independence of the press.
Media organs should follow the Journalists’ Code of Ethics, which was developed by journalists and their employers, ensuring accuracy, diversity and freedom of the press. We appreciate that working journalists have voluntarily committed themselves to follow these principles. However, we are concerned when they become law through Article 21, enforced (and perhaps modified) by the Press Council, and applied more widely than their authors intended. This could open the way for media owners or Parliament to interfere in the independence of the media, and to limit other people’s right to free expression.

Furthermore, we are concerned that the Press Council with legal authority, funding and members chosen by political officials and commercial media, should not have the power (under Articles 43 and 44) to prevent anyone from exercising his or her freedom of expression. The State should respect journalists’ rights to create their own bodies, including journalist associations like AJTL and TLPU, to regulate their own members, but they cannot compel other people to follow their rules.

This Law denigrates Timor-Leste’s history.
Timor-Leste should not forget the history of our liberation struggle from 1974 to 1999. Many people in the resistance used media to share information to defend the rights and dignity of the people of this land. The Seara Bulletin and Radio Maubere helped liberate Timor-Leste from colonialism and occupation. José Ramos-Horta, Xanana Gusmão, Francisco Borja da Costa and others used these media to educate, inform and coordinate the struggle, even though they were not accredited by the Portuguese or Indonesian governments.

In addition, journalists from other countries, including Roger East, the Balibo Five, Sander Thoenes, Agus Mulyawan, Kamal Bamadhaj, Amy Goodman and Max Stahl made tremendous contributions through journalism free from geographic and political limitations.  Their reporting helped our diplomatic front advocate for Timor-Leste’s independence, supported others providing solidarity, assisted Maubere people to know what was happening here and exemplified the spirit of “A Luta Kontinua”.

The first nine of these foreign journalists gave their lives for Timor-Leste’s independence. If they had sought accreditation from Suharto’s “Dewan Pers”, Timor-Leste might still be under Indonesian rule.  Even today, foreign media serve a key role in keeping Timor-Leste in the world’s eyes.

Unfortunately, Article 25 of this Media Law requires visiting foreign reporters to get Press Council approval, and Article 12 bans non-citizens from working as journalists. These provisions negate reporters’ contribution to ensure that a democratic state under rule of law which values human rights will stand strong in this beloved land Timor-Leste.

This proposed law reminds us of dictatorships everywhere who try hide the reality in their countries from the world, strangling people’s freedom of expression to preserve their power. Our experience with the Salazar and Suharto regimes should make Timor-Leste think twice.

Final words
Timor-Leste has been sovereign for more than a decade without a Media Law, and we have not had problems with non-accredited media.  Timorese people freely exercised our right to express their opinions and receive uncensored media information for the first time in nearly 500 years.

There is no urgency to enact a press law, especially a defective one which will reverse our society’s advances toward using social and other media to exchange ideas without limitation. We recognize that journalists’ capacity, misinformation and lack of experience sometimes make people unhappy with published articles, but state regulation is not the solution.

In closing, we believe that Timor-Leste can continue with the freedom of expression and the press defined in our Constitution and the International Covenant on Civil and Political Rights, with the good intentions of our leaders, journalists, media owners and entire society.