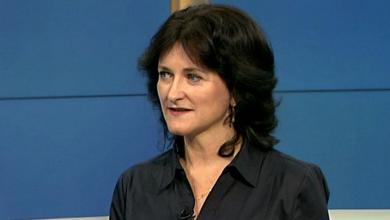 Interesting to note that Robert hasn’t been invited back yet and no one is talking about bloody Shane Jones any longer.

As enjoyable as it was watching Laila Harre push back on everything Susan Wood threw at her, the quality of Josie Pagani as a commentator was a horror story.

Dear old Josie is a Fox News Democrat, she’s the person you put onto a panel to pretend there is a left-right balance. You tend to see her heavily involved in right wing media panel shows like ZB where her perspective tends to out right the right wing panelist. She blogs over at the redundant ‘Pundit Blog’, the place opinion goes to die.

Her advice to Cunliffe on the last Q&A however was jaw dropping. Using her strategic genius, Josie urged David Cunliffe to call John Key and immediately change the law for THIS election to stop the coat-tailing provision of MMP.

Even Hooton who was on the panel stared at her in surprised shock. The constitutional crisis that Josie’s idea would plunge NZ into if Cunliffe had taken her advice, would become a global news story. To change the rules of the election 4 months out from that election would create catastrophe as an immediate legal challenge to that decision would be forced by those political parties currently using that strategy. There would be rioting in the streets as those whose vote suddenly becomes voided by this unprecedented and unconstitutional change go berserk at what would be perceived as an illegal tactic to erase the voice of everyone not voting Labour, National, Green or NZ First.

Now I appreciate I’m not everyone’s cup of tea and that my setting up of political parties to provide parliamentary math game changers annoys some in the established left and has the Wellington Twitternati in constant fits of rage, but I don’t think I’ve ever suggested tactics that would see the country plunged into a fucking civil war.

The problem is that there are so few left wing female commentators that with Laila’s leaving, Josie becomes one of the few options available to producers. May I humbly suggest they start looking to Phoebe Fletcher as a replacement candidate for panelists? Her intelligence and grasp of the issues is unparalleled as a Gen X commentator and her addition to panels would provide far better insight than suggestions that would effectively require martial law to implement.

What’s going to be interesting this time around for the election, despite the best attempts by some msm pundits, is that the Left may against all predictions and odds win. Unfortunately for the msm however, they don’t have any actual insights into the new Auckland Left that is now influencing so much of these strategic moves.

Election night coverage by both major networks could sound like crickets chirping if their lack of analysis starts to fumble when the results begin rolling in.

Internet MANA means the game has changed, the msm haven’t comprehended this yet.