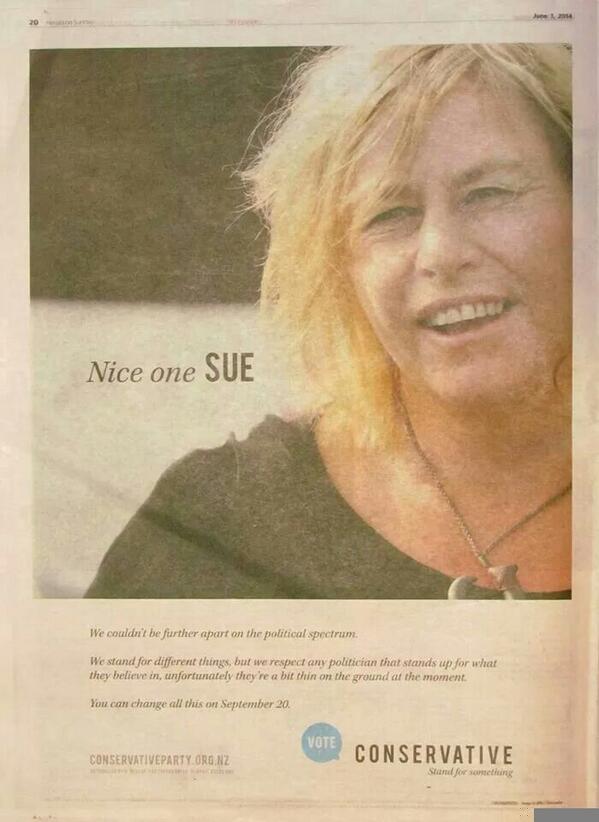 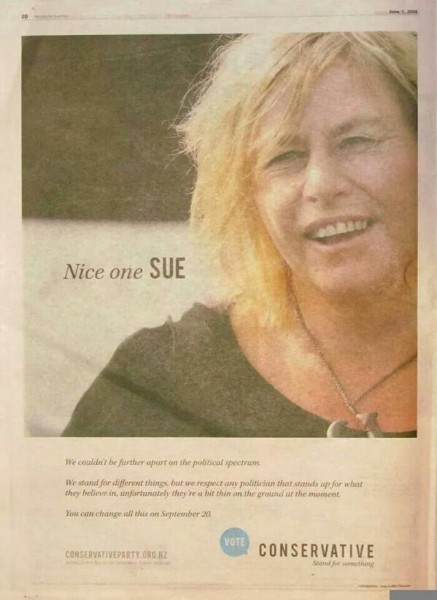 The clever meanness of this advert clearly reminds everyone that the Conservative Party while down are not out and they will always work to claw back media oxygen. Colin’s farcical defamation case against Russell Norman has backfired terribly and they are recalibrating their attack into one on values using the supposed sell out of the left to Kim Dotcom as the new political brand point of difference.

Problem for Conservatives trying to make that point against large donations is of course Colin himself has donated $750 000 to his own Party.

National won’t have a lukewarm Milo with Colin inside East Coast Bays until the 3rd week of the campaign, they know the Conservatives disgust National’s liberal urbane voters and having a climate denting Moon landing hoaxer who thinks NZ woman are too promiscuous is about as appealing to that electorate as water boarding kindergarten children.

The problem for National is East Coast Bays simply doesn’t have the deep level of bigotry necessary to win an electorate seat for Colin. They just have too many public libraries.

This advert however is evidence that Colin will kick all the way till September 20th. If Hone Harawira, Laila Harre, Annette Sykes and John Minto doesn’t appeal enough to vote for the Left, the idea of a John Key/Colin Craig Government sure as hell will.

Now we can get back to the mainstream media still being hysterical that an intelligent, articulate 48 year old mother is Internet Party leader instead of a 19yr old gaming geek.