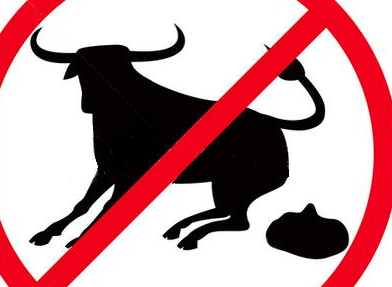 This item in Fairfax’s Dominion Post caught my eye a few days ago;

In this story, author John Anthony is reporting on a study by two  academics –  Massey University economics and finance senior lecturer Dr Chris Malone, and associate professor, Hamish Anderson. They came to the astonishing conclusion;

Small listed companies have performed significantly worse under Labour governments over the past 40 years because of major policy changes, a report says.

“The smaller firms have done abysmally poor during Labour terms of office.”

Funny thing about this article – it’s mostly rubbish. The Labour government in the mid/late 1980s was hardly a traditional left-wing administration as it implemented neo-liberal, free market policies at breakneck speed. It was the government that gave us the term “Rogernomics“.

In essence, it was a Labour government in name only, having been hijacked by future-ACT MPs and neo-liberal cadres. It was a foretaste of how Brash seized power in 2011 after a putsch overthrew Rodney Hide as ACT’s leader.

Yet the heading of the article is utterly misleading;

Indeed, anyone glancing at the story would come away with entirely the wrong impression until their attention was caught by this bit;

The main reasons for poor performance in small firms during Labour governments included market under-performance, periods of falling inflation, harsh default-risk and credit conditions and the introduction of deregulation in 1984 that opened up firms to increased foreign competition and exchange rate pressures.

Notable features were the two Labour governments of the 1980s under Prime Minister David Lange.

In the first term from 1984 to 1987 the mean returns were amongst the highest in the sample but in the second term the smaller firms had a mean monthly return of minus 7.2 per cent.

Roger Douglas’s neo-liberal “free” market reforms truly kicked in during Labour’s second term in office (1987-1989) and the academic’s report is not very flattering;

“…in the second term the smaller firms had a mean monthly return of minus 7.2 per cent”.

It is interesting to note that overseas ratings agencies (Standard & Poors, Moodies, and Fitch) also seem to have a somewhat dim view of right-wing governments. Note the credit rating movements during right-wing Labour/National governments compared to the Clark-led Labour government;

Note the credit downgrades (red underlined) in the chart above and detailed belowed;

By contrast, during Clark’s more left-wing Labour administration,  from 2000 to 2008;

“The last Labour government ran nine surpluses in a row while having the highest average growth rate of any government for 40 years.”

He’s right. Under Labour’s administration of the economy,

It seems farcical in the extreme that two academics – with the willing assistance of an uncritical  journalist – have presented “research” which brands the Labour Party as “bad for small business” when the 1984-89 Lange-led administration was an undemocratic aberration that was closer to the ACT Party than the Kirk or Clark governments.

In essence, Malone and Anderson have passed judgement on  governments implementing right wing, neo-liberal economic policies and, rather unsurprisingly,  given them a *fail* mark. But you wouldn’t think it with the headline “Labour governments ‘bad for small business’” and the statement that “smaller firms have done abysmally poor during Labour terms of office”.

But at least this has given  right-wing bloggers some joy – even if those same bloggers have been less than honest at what Malone and Anderson have actually written. But that’s the right wing for you; never let inconvenient truths get in the way of a good propaganda moment.

National Party: What about the workers?