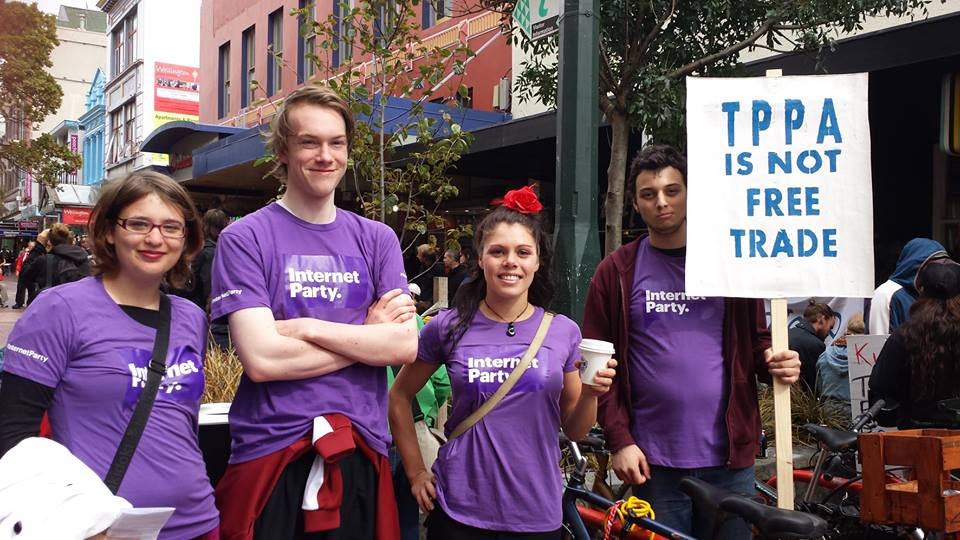 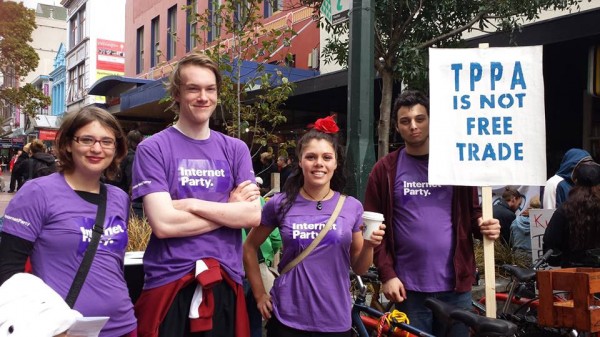 Right wing. Libertarians. Geeks. Racists. Neo Nazi sympathisers. Some of the words used by elements of the Left to describe the nascent Internet Party formation. None of them based in reality. If anything, the Internet Party was born out of a struggle for freedom and civil rights, the same way the Mana movement was. I remember the huge degree of co operation between the radical left and the Maori tino rangatiratanga movement after the Terror Raids in the Ureweras, and how it built the trust between us which later manifested itself politically in Mana. When a few years later we saw the same black ninjas storm Dotcom’s home, in the name of defending Hollywood’s profits, that civil rights movement expanded its constituency to include the generation of Chelsea Manning, Edward Snowden and yes, Kim Dotcom.

I’d met many of their future base at a mass meeting against the GCSB in Mt Albert War Memorial Hall, where Dotcom spoke eloquently about the dangers of a mass surveillance state . I was so impressed I made a light hearted observation to Matt McCarten. You can blame the Party all on me if you like 😉

I’ve met Internet Party members out on the streets opposing the TPPA. Young smiling students, many of them new migrants, waving their purple flags alongside the black, red and green banners of other progressive organisations. It didnt ring true when I heard that these people were dangerous, racist libertarians.

So now, with the appointment of union leader and left winger Laila Harre leader of the Internet Party, we have a personifcation of the political projectory of the party. Remember that Laila had to fight Helen Clark to extend paid maternity leave to 12 weeks? Clark only wanted six. She broke with cabinet protocol, joining striking NZ Herald journalists on the picketline when she was a Minister of the Crown. And when Labour sent the troops to Afghanistan, she fought to uphold the Alliance Party’s opposition to war, ultimately choosing principle over parliament.

There is now a real possibilty that by September, our movement will elect Laile Harre alongside Hone Harawira, John Minto and Annette Sykes. The combination of the 1.5% or so that each party brings could be much more, if the possibility of a radical left alternative captures the imagination.

Reaching out to new groups of young people who are politicising around issues of civil rights in the information age, and marrying those concerns with solutions to the economic crisis of late capitalism, could see a similar rise as those of the Pirate Parties of Germany and Sweden, who scored 7 and 8% in many regions. However, the meteoric rise and fall of these organisations abroad happened precisely because outside of the internet, these parties had no solutions or common policy to the other major issues their supporters faced. Allying with Mana ensures the Internet Party benefits from a strong economic and social critique of an unjust system which seeks to privatise the commons, be it digital or public.

Revolutionaries take risks for the good of all. Conservatives play the same old game and paint by numbers. I’m proud of the leaders in Mana who’ve helped build a movement with the Internet Party that provides the strongest left alternative to the status quo Aotearoa has seen since the Alliance. However, there are lessons to be learned from that experience. Ones which I’ll fill you in on in my next communique. 😉