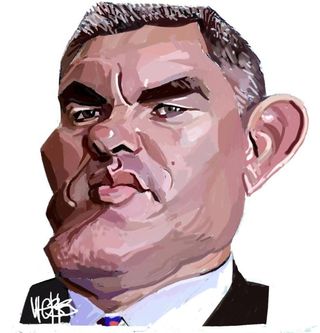 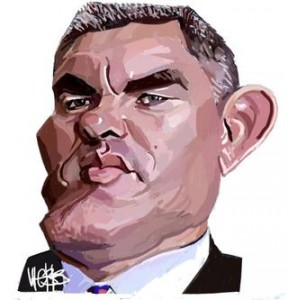 DAVID, MATT, SOMEBODY – PLEASE! Tell Kelvin Davis to pull his head in. His outburst on Radio New Zealand’s Morning Report this morning was way beyond embarrassing. The ill-considered slagging of Hone Harawira and the Internet-Mana Party (IMP) not only reflected poorly on his own political skills, but it also raised doubts about Labour’s overall ability to read what is happening in the run-up to 20 September.

It wasn’t just the absence of any semblance of strategic – or even tactical – understanding that was so worrying about Davis’s performance this morning, it was his barely concealed aggression. There is an anger in Davis that calls into question his suitability for any kind of public office. Anger, and what appears to be a classic authoritarian character structure (the two often go together).

Just listen to how he describes his family in the potted biography Labour has displayed on its website. Davis tells us that he is “married with three beautiful, intelligent and respectful children”. It’s the use of the word “respectful” that gives him away. His need for respect and his use of the word as a distinguishing character marker, as in: “My children show me respect – do yours?”, tell us a lot about Davis’s personality and where he most likely fits on the Left-Right/Authoritarian-Libertarian grid.

My guess is that he occupies a position that places him towards the Authoritarian end of the Authoritarian-Libertarian gradient and well to the right on the Left-Right spectrum. He is very far from being the first Labour MP to be so located. Indeed, it would have been impossible for the Clark-led Government to have introduced so many pieces of reactionary Corrections and Justice legislation without the presence of a solid rump of such individuals in Labour’s caucus.

The authoritarian character structure does not, however, confine its political influence to law and order issues. Authoritarians tend to be threatened by just about any form of behaviour which deviates from what they define as “normal”. If required to do so they will tolerate “deviant” behaviour and life-styles, but their toleration should never be mistaken for acceptance. In the company of trusted “normal” colleagues, their true feelings will be aired – and seldom in a tolerant or accepting way!

The other give-away contained in Davis’s biography is his almost total reliance on education as a means of lifting families out of poverty. “Kelvin is passionate about improving outcomes for Maori and believes education is the vehicle that will enable Maori to fulfil their aspirations.” While no one can sensibly dispute the role education plays in enabling social mobility, when it is held up by politicians as a universal panacea, then their advocacy usually merits closer scrutiny.

Does Davis believe education is the Maori people’s best hope because, liberally interpreted, education draws forth from every individual both the self-knowledge and the self-confidence needed to live a full and self-determined life? Or, does he measure the value of education in terms of its ability to inculcate the social, political and economic values of those who control capitalist societies like our own? Is it because this latter type of education turns out individuals who are “fit for use” by those whose business it is to use them?

My concern is that Davis belongs in the second camp. How else should we interpret the statement that: “He believes that Treaty settlements are but the cream on the cake, and not the cake itself – he believes that education is that path that Maori need to take to enable us all to achieve greater health, wealth and happiness.”?

Surely this is an assimilationist view of Maori development? And isn’t the word “education” being used here by Davis as a sort of code for “equipping Maori for a place in the world that global capital is daily reconfiguring”? Is he not lining up alongside those who insist that Maori cultural identity is best relegated to a subsidiary, “off duty”, status? That Maori are best advised to let the sugared cream of monetary compensation, via the Treaty settlement process, obliterate the bitter taste of their people’s defeat and dispossession?

If this is, indeed, Davis’s view, then his barely concealed aggression towards Hone Harawira is readily explained. Not only is Harawira’s warrior persona an affront to the former intermediate school principal’s sense of order, but Harawira’s vision of a decolonised – an emancipated – Maoridom, is diametrically opposed to Davis’s vision of a New Zealand in which the well-paid servants of global capital might just as well be Maori as Pakeha.

Bluntly stated, Hone stands for everything Kelvin despises. Moreover, in the eyes of this angry representative of authoritarian Labour, the IMP can only be seen as a deeply subversive assault upon neoliberal capitalism’s core ideological values.

And what can Davis possibly make of Kim Dotcom? A highly successful capitalist who refuses to take the power of money seriously? A capitalist who plays with his money, makes merry-hell with it, and, now that the Powers-That-Be have come after him with armed policemen and extradition orders, is using it to carve a path to power – using Hone Harawira, Laila Harre, Annette Sykes and John Minto as his hammers and chisels.

Labour needs to decide – and quickly – if the authoritarian Davis really is the very model of a modern Labour MP that he (along with many others in the party and the news media) sees himself as representing. If he is, then it will be war in Te Tai Tokerau and throughout the country, and John Key will win the election. If he is not: if Labour wants to be seen as something more than an aggressive hard-man bereft of all strategic and tactical understanding; then someone has got to make Kelvin Davis STFU – and soon.