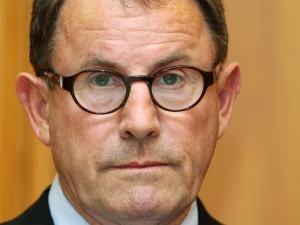 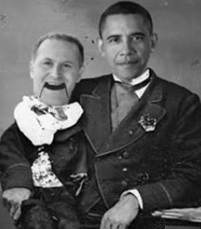 With less than 120 days to go until the next election, the political mud was flying this week. Literally for some. Also conjured for political purpose were the men behind 9/11, the men who killed the Kennedys, Jimmy Savile and, whoever Bill English f****d to produce the budget. Yes, this week, New Zealand politics set new highs for new lows.

First, John Banks. John Archibald Banks. As Ian Steward reported in the Sunday Star-Times, the trial has descended into mud flinging and then soap. “By far the largest public gallery was present on the day Kim Dotcom testified. The giant German sparred with QC David Jones, deflecting accusations he was a liar and that he had concocted his story to punish the Government for his arrest on US copyright charges. The most camera snaps were for Dotcom’s now-estranged, highly manicured wife Mona – so many lenses were trained on her the judge had to tell photographers to stop clicking away in court. Banks himself described Mona to police as “one of the most beautiful looking women on Earth”. On Thursday, when the only evidence was an audio recording of Banks’ police interview, the lasting image from the day was of the MP picking his ear-wax and eating it – caught on camera by TV3 and uploaded to YouTube. Banks’ Facebook page, which earlier had carried messages from well-wishers, was overtaken by people chiding the former ACT leader. “You filthy disgusting little man,” one person wrote. Another said: “Why you be tasting your earwax on the telly g?”

Poor Banksie. After years of public service, it’s come to this. Televised ear-wax eating. Maybe such ingestion can cause mind and memory loss. He certainly claims “‘No memory’ of cheque from SkyCity boss”, as Jimmy Ellingham reported in the NZ Herald. “He was asked about meeting SkyCity chief executive Nigel Morrison in May 2010, where Mr Morrison told police he handed over a cheque in a SkyCity envelope. “I have no memory of this,” Banks said. He also told officers he had no “actual knowledge” of any donations from Dotcom, who he described as on a “different planet to him”. Banks told police he was an “honest trader, straight up, straight down”. “I don’t believe I’ve done anything dishonest, in inverted commas, in my life.”

The difference between knowledge and “actual knowledge” probably amounts to the same thing as doing anything dishonest when not in inverted commas. Like many who serve or have served in the Key administration, it is Banks who lives on ‘a different planet’ where rules, which apply to everyone else, don’t apply to him.

Another case in point is Oravida lobbyist and Minister of Justice Judith Collins. Described by the NZ Herald’s political columnist John Armstrong as a “simultaneous mega-problem”,  poor Twitter-banished Judith found herself offside with the National Shooters Association. As Isaac Davison reported in the NZ Herald “A photo op of Justice Minister Judith Collins firing a pistol has led to a complaint to the police watchdog. The National Shooters Association said Mrs Collins had broken the law because was not licensed to the use the weapon and had shot a pistol outside of a gun club. A picture of the minister firing the gun at an ESR testing facility last month was placed on her Facebook page. Association spokesman Richard Lincoln complained to Police Minister Anne Tolley, who referred the matter to police. When police said they would not intervene because Mrs Collins had been supervised at the time, Mr Lincoln wrote a letter to the Independent Police Conduct Authority. He said he had laid the complaint because he wanted “one law for all”.

Of course, that old ‘one law for all’ chestnut didn’t wash with Judith or the PM who retorted “In the end, when ministers go into those environments it’s not at all unusual that we’re asked to test things, try products”. Mr Key, who was speaking after attending an event at Tawa College, said: “I’ve just had some cordial, someone’s given me some jam. I know that’s not quite the same as a gun but she wasn’t walking down the street with it, she was in a highly controlled environment.” He was also asked about Mrs Collins’ ownership of a taser, which usually required a special licence. “You’d have to ask her. She’s never used it on me, so I’m not aware of her having one.” Mrs Collins, a former Police Minister, said the taser was non-operational and was stored in a perspex box. She said it could not be charged up, “although it would be tempting occasionally to be able to”. Only occasionally Judith?

The PM must have been taser-tempted this week when Campbell Live, perhaps the nation’s pre-eminent current affairs show, devoted an entire programme to another old chestnut: the FBI / SIS / GCSB airborne assault and arrest of Kim Dotcom. What did the PM know and when did he know it? John Campbell set out a timeline that would point any reasonable person to the obvious conclusion that the PM and his old friend, the new GCSB boss Ian Fletcher were ‘ in the loop’ well before the raid. But, like Banks and the donations, Key and Fletcher continue to deny it.

According to the NZ Herald, “Prime Minister John Key has accused TV3 broadcaster John Campbell of falling for conspiracy theories in the wake of Campbell Live show on Tuesday about the unlawful surveillance of internet mogul Kim Dotcom by the GCSB spy agency and the appointment of its chief, Ian Fletcher. Mr Key suggested facetiously that Campbell turn next to whether US President Barack Obama was born in the United States, whether the American Government was behind the September 11 attacks and who killed the Kennedys. “I’ve had some respect for John,” Key said to reporters at Parliament, “but when you do, I suppose, two years and come up with absolutely nada, what you do is what he did which was set a whole lot of assumptions to music. “The first I ever heard of Kim Dotcom was the 19th of January 2012.”

In the Herald, Fran O’Sullivan raced to PM’s defence:  “A fully-fledged investigation would not only have “joined the dots”, but it would have given us full details of what went on during the various meetings which Campbell detailed. Unfortunately it didn’t…Watching the TV3 investigation had me pondering how good was Campbell’s own source – let’s call him/her Shallow Throat?” According to Fran’s logic, short of a videotaped confession,  it is reasonable to presume the PM and head of the GCSB were unaware of a major international surveillance operation on their watch (in Key’s electorate!)  even when the weight of circumstantial evidence overwhelmingly points in the opposite direction. Hmmmmm. Who’s the shallow throat here?

More convincing, compelling even, was American policy analyst Professor Paul Buchanan, interviewed on Radio Live by Sean Plunkett. In his view, “it defies credulity that Mr Fletcher and Mr Key were not informed in advance of the raid on Dotcom and the GCSB’s involvement so I’ve always found it quite curious that neither will admit to having been briefed…(they’ve) caught themselves up in a bitter web of untruths: if (they) didn’t know in advance they were either incompetent or poorly served by their subordinates in the GCSB.”

Buchanan believed the Government had “obfuscated, deflected and been less than truthful” with its relationship with the Five Eyes community. He had questions about “the truthfulness of (our) political leadership” when it came to the provision of information used in lethal drone strikes. Discussing the PM’s upcoming White House photo-op, Buchanan raised questions about New Zealand’s ability to run an independent foreign policy and the perils of straddling a strategic and security alliance with the United States and an economic alliance with China.

“Rubbing shoulders with larger players and celebrities is fun and it’s all fine and dandy but that’s not the stuff of statecraft.” Buchanan said. “The current Prime Minister and his entourage are not behaving like statesmen when they cosy up and curry favour”.

As things get more turgid in the run-up to election day, there will be plenty more mud-slinging, cosying up and currying favour. Politics is not for the feint-hearted. Or the shallow-throated.