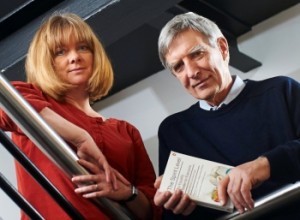 Last week I attended the three lectures at Auckland University by the authors of The Spirit Level, Richard Wilkinson and Kate Pickett – both university professors from the UK.

Their book has fired up the debate about income inequality and its impact has been such that right wing think tanks representing the 1% have feverishly tried to counter the book’s message – that countries where incomes are spread more evenly consistently do better than less unequal countries.

Needless to say New Zealand scores very high in income inequality (measured by how much more the top 20% earn than the bottom 20%) and also highly amongst the social problems which arise from it – educational underachievement, drug abuse, violent crime, mental health problems, child mortality etc 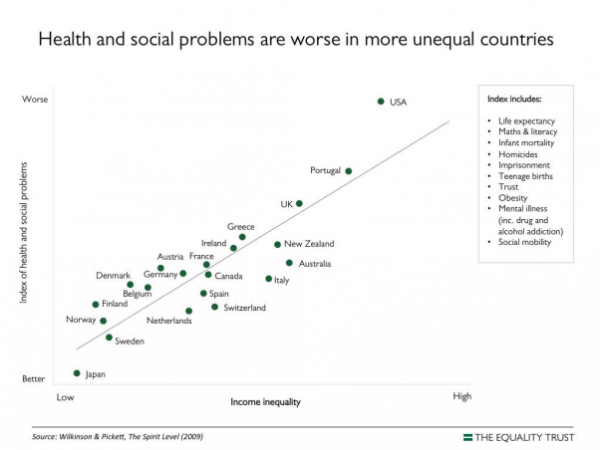 For me the third lecture on Friday was the highlight because the presenters went beyond describing and analyzing the problem – something we’ve all done too much of – to focus on solutions.

They covered not just the taxation changes needed but a wider range of more radical economic changes which will be essential if we are to leave our descendents with something to live for and a planet able to survive its most destructive generation.

Richard Wilkinson said we must “bring democracy into the economy” which he described as transforming our companies from “pieces of private property” to “communities”.

This would mean companies running along democratic lines with all workers having input into decision-making at all levels. Work would become more enjoyable and less stressful and the obscene pay rates high up in companies would become a thing of the past.

He said if a company were to transfer 2% of its shares to its workers each year then within 25 years the workers would be the majority voice – and why not?

Why shouldn’t workers benefit from the work they do rather than have private shareholders gaining unearned wealth at their expense?

There are of course many successful co-operatives around the world which are centred on workers and their communities first rather than the greed of shareholders.

What the authors didn’t address directly however was the enormous struggle it will be to achieve this. The wealthy will never give up their unearned incomes or their effective control of our major political parties without one hell of a fight but it’s a fight New Zealand workers and workers globally will have to be up for.

If you haven’t read The Spirit Level then I suggest you get a copy from your local library or buy the latest edition online.