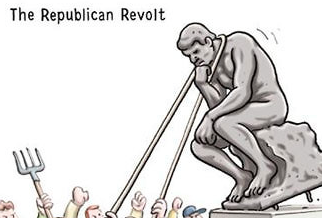 Reading some comments on the Campbell Live Facebook page, soon after the investigative story on the  GCSB was aired on 20 May, I was struck by the sheer lack of informed comment by some right-wing Facebook users. Take for example, this statement was a user identifying himself as “Jack Peters“;

(Note: the profile appears to be fictitious and nothing more than a right-wing troll. According to his Profile, “Jack Peters” has ‘Liked” the Green Party, a somewhat clumsy attempt to smear the Greens by association with his blatant trolling.)

“Jack Peters” made a reference to “the GCSB was created under Helen’s [Clark’s] watch“.

This reminded me immediately of a story back in 2012, which linked right-wing/conservative/racist beliefs with low intelligence;

Hodson and Busseri (2012) found in a correlational study that lower intelligence in childhood is predictive of greater racism in adulthood, with this effect being mediated (partially explained) through conservative ideology. They also found poor abstract reasoning skills were related to homophobic attitudes which was mediated through authoritarianism and low levels of intergroup contact.

What this study and those before it suggest is not necessarily that all liberals are geniuses and all conservatives are ignorant. Rather, it makes conclusions based off of averages of groups. The idea is that for those who lack a cognitive ability to grasp complexities of our world, strict-right wing ideologies may be more appealing. Dr. Brian Nosek explained it for the Huffington Post as follows, “ideologies get rid of the messiness and impose a simple solution. So, it may not be surprising that people with less cognitive capacity will be attracted to simplifying ideologies.”

Why do I raise this point?

Because right-wing troll “Jack Peters” slammed critics of the Key government by stating that “the GCSB was created under Helen’s [Clark’s] watch“.

In fact, the GCSB was created by then-National Prime Minister, Robert Muldoon, in 1977, as the GCSB itself pointed out on it’s own website,

Created by a National government.

Powers increased by a National government.

Who then vote in the next National Government.

That, people, is what is commonly known as a vicious circle.

To view the Campbell Live story on the GCSB and the murky goings-on behind the scenes, I present a link here (click on the image to take you to the TV3 website);

It is, quite simply, one of the best bits of investigative journalism this blogger has witnessed for some time. Campbell Live and Maori TV’s  Native Affairs are simply Must Watch tv.