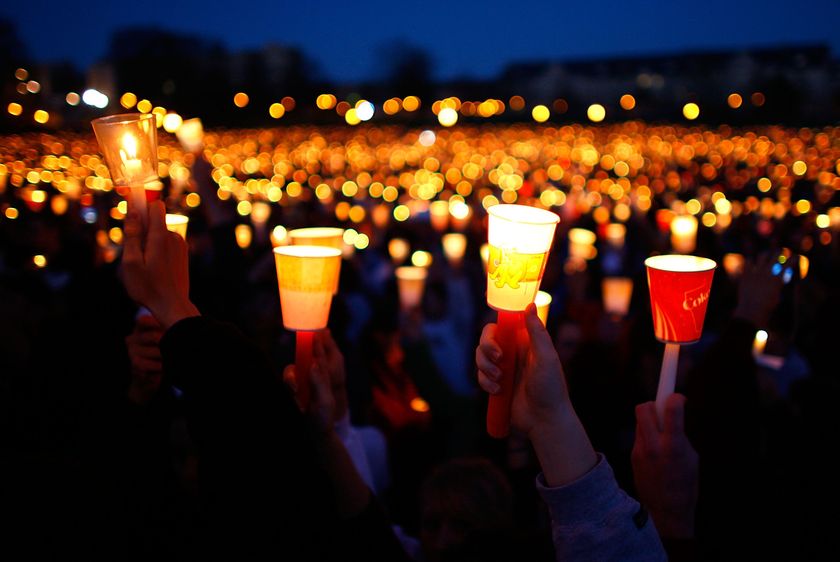 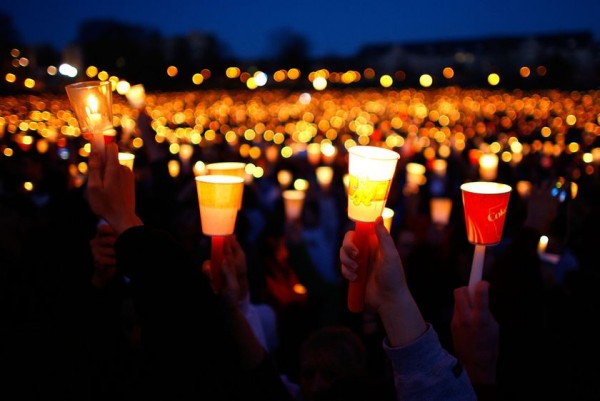 Men, women, grandmothers, children, all carrying out their everyday lives, nothing so different to mine or yours. A different language yes, different clothes, smells and customs  and in a place far from here. But still just people, providing for their own, having to teach their own, having a home. A blip in the sky that gets bigger, a missile that strikes with a thunderclap, chasing a single signal from one cell phone that just happens to be in their area. It was not the supposed “terrorist” killed but their family, their friends, their neighbours. Unlucky maybe… a justified outcome of a war on terror? I find this answer hardly the one a normal person would ever reach. “Why us!” Is more likely. “Why this place?” “And who is to blame?” Who helped compile that information that tracked that one phone to this man’s home, this grandmother’s home, this child’s home. We did.

It is not that I don’t fear terrorism. Since 9/11, the fall of the twin towers, since the general rise in the number of terrorist attacks I think everyone has at one point wondered when getting on a bus or a train what it would it be like if it was this bus or this train that was picked. Of course, in little old New Zealand we comparatively have much less to fear then in the heart of London’s subway system or India’s railways.

However, I have never been convinced that the answer is to fight a tactic of causing fear by causing more fear. We are doing to them what they have done to us…or have they? No Afghanistani ever did anything to me, no Iraqi, no Pakistani. It is not just the “terrorist” who really pays for the drone attacks but the people who get in the way, who are the casualties, the unlucky ones.

Terrorism is simply a tactic, it is not an ideology unto itself. It is a tactic used by an extreme minority who for some reason feel there is no other way to get their message across. Rather than fighting a tactic with the same tactic, why don’t we ask “what is the message that is going unheard?” what is the driving force behind these attacks, can we try to understand where they are coming from? Of course this is the much harder and time consuming task but to me seems like the only right one.

Instead, we have jumped on the bandwagon of the USA’s war on terror and thus made ourselves targets as well and by joining the endless cycle of an eye for an eye we have played into the hand of only one winner, fear, pain, further attacks and more fear.

I’m not claiming to have any answers to how we tackle terrorism, but stooping to the same immoral ground seems a first step in the wrong direction. Killing innocent civilians and inciting a real sense of injustice seems like putting fuel to a flame. And carrying out executions without trial is throwing out our own moral code in the name of fear. We would never think to carry out such a program in our own countries and the age old saying of any war: do unto them what they would do unto us.

John Key finds the drone program “justified”, but his standard cavalier approach doesn’t fly when applied to murder in our name. We are 1 of only 5 countries involved in the so called “5 eyes program”, along with Australia, the United Kingdom, the United States and Canada, who through this network are actively supporting US drone attacks world wide. We have joined an elitist death squad which is in breach of our own democratic rules of law and the International Geneva Conventions on the rules of war.

We may be a little country at the end of the world, but many of us travel. I used to feel an extra layer of safety because I was just from little old New Zealand. A place where we stood up for the little guy, our name had integrity. Now that is gone.  When I fly through a state known for terrorist activities, being a kiwi is no longer a small protection, we are complicit in a war of terror, we are the enemy. If someone asks me “how could you do this, how could you think this was ok?” I will have no answer. I will only be able to say: “….you’re right, that was my country, my people who did this to you.”

Join the candlelight vigil, outside John Keys house, Halfway down Saint Stephens Avenue, Parnell, Auckland 5pm tonight. No more will we be complicit in drone assassinations.

Ruby Haazen LLB (Hons)/BA. Ruby has worked for UN Habitat in Kenya, for the International Crimes Court at the Hague and since returning to New Zealand as a research council and solicitor. She has a passion for environmental and social justice and has worked with a number of NGO’s to campaign for a better world.