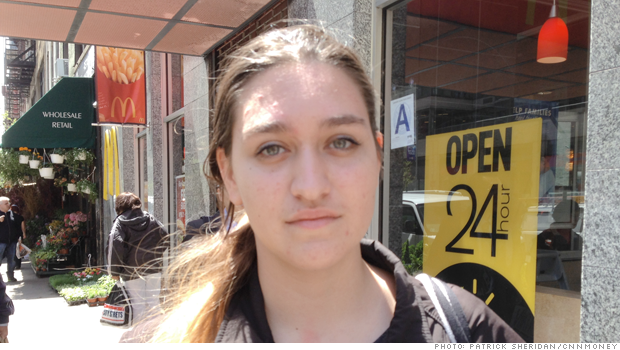 The International Union of Foodworkers (IUF) convened conference May 5-6 brought together over 80 workers and union representatives from 26 countries as part of building an international fast food union network. 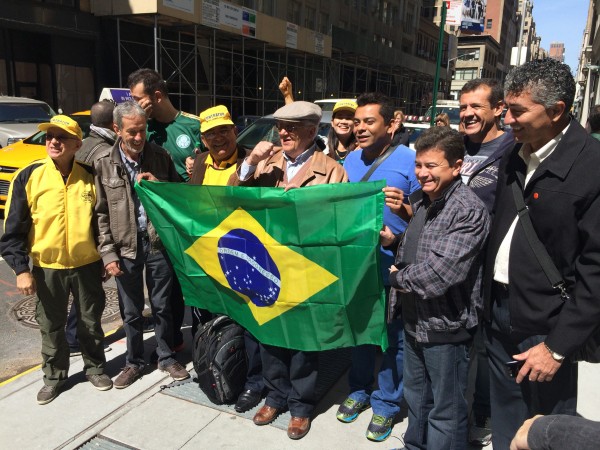 Part of the large Brazilian delegation to the IUF conference

On May 7, participants joined an action in front of a Manhattan McDonald’s restaurant and then delivered a letter to McDonald’s calling on the fast-food giant to raise wages and respect workers’ rights worldwide. At the same time, they announced US-wide strike action at fast food restaurants on May 15 in support of their demand of USD $15 per hour and the right to form a union without fear of retaliation.

“The Fight for 15 in the US has caught the attention of workers around the world in a global fast-food industry where workers have recently been mobilising,” said IUF General Secretary Ron Oswald. “It has added further inspiration and led them to join together internationally in a fight for higher pay and better rights on the job. This is just the beginning of an unprecedented international fast-food worker movement-and this highly profitable global industry better take note.” 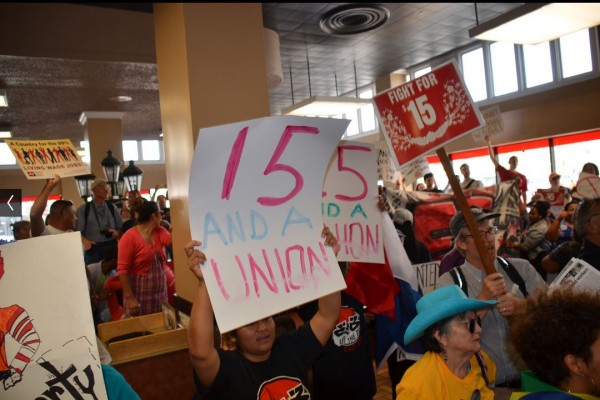 Inside a BK store in Oakland occupied on May 15

The call for action on May 15th took off globally and dozens of countries and hundreds of cities participated in what became an international day of action. Unite Union kicked off theday in Auckland because we are the first in the world to see the new day. #FastFoodGlobalwas the number one trending topic on Twitter around the world. Media coverage was excellent. The aggregate of all the actions sent a clear signal to the fast food multinationals that workers around the world are demanding fair wages and rights on the job, and that a movement is growing that is truly global in scope.

You can see most of the highlights here: www.fastfoodglobal.org

In the US, May 15 was a big success. Strikes were held in over 150 cities, the most ever, and fast food workers in a dozen cities spontaneously walked off the job to join the movement. I was able to participate in an action on Oakland, California, that involved occupations of both a McDonald’s and a BK store. My speech of solidarity and support was well received.

This week McDonald’s workers will be taking their message of $15 and a union to theMcDonald’s shareholder meeting in Oak Brook, Illinois. 130 people were arrested on Wednesday outside the corporate HQ of McDonald’s in a preliminary action. 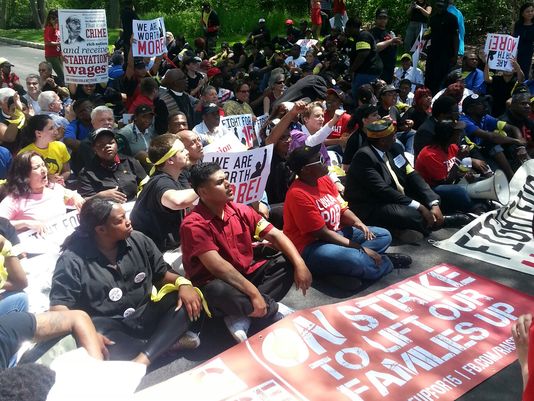 Sit down outside McDonald’s corporate HQ

Unite Union McDonald’s delegate Taylor Mcloon who was part of our delegation was amedia star during her time in the US. Her message was simple and based on what we have done in NZ and what we heard at the international conference. Firstly fast food workers can organise a union and win wage rises against the bosses opposition. We did that in NZ. Secondly the company is lying that they can’t afford it in the US or anywhere else for that matter. For example, a Danish McDonald’s worker told the IUF conference that they have a union contract, a 40-hour week, an earn the equivalent of US$21 an hour. Yet the Big Mac is cheaper in Denmark than in the US. 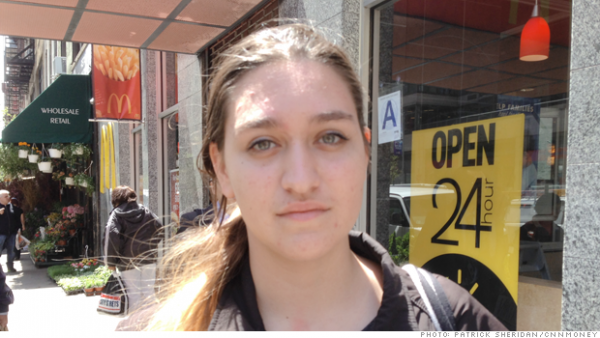 Taylor and myself visited a McDonald’s in Philadelphia and talk to the workers inside and at a shift change. What we discovered was that workers in a McD’s store in the US are exactly the same as workers in NZ and want the same things – better pay, job security and protection from abuse. In the US they summarise this as “$15 and a union!” More importantly we discovered workers were willing to join a union and take action to get their demands. What they needed was a bold, visible campaign that had a chance of offering them protection and support if they did so. We had the same experience in New Zealandbefore we launched our campaigns in 2005-6. We also participated in a rally there in support of an increase in the minimum wage. Unite Union officials Joe Carolan and HeleyniPratley went to Boston after the international conference and reported similar experiences. 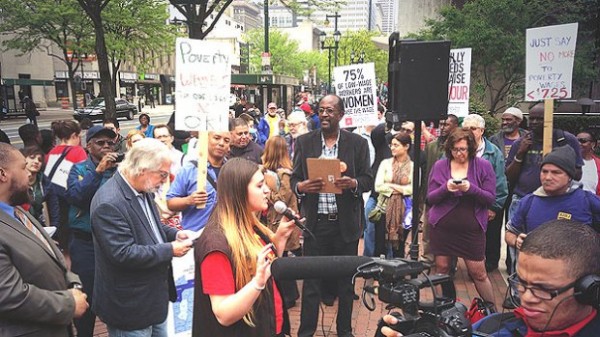 The Obama government is proposing an increase from the current level of $7.25 to $10.10 over some years. But his proposal is being overtaken by a more meaningful demand for $15 an hour now. This demand has been approved in city-wide referendums in Seattle and other cities. The Obama proposal looks like it is getting nowhere in the Republican-dominated Congress so activists are turning to city and state governments to implement more radical change – with success. In speeches to US workers we gave encouragement to their campaigns and used the example of moving the minimum wage in NZ from 30 to 50 percent of the average wage as an example to follow.

An article in Jacobin magazine by a low-wage worker who has been part of the campaign drew some important conclusions: “Despite the massive attention it’s gained, this movement is still in its infancy. It must be built with strong workplace and community networks. The more radicals involved in the project, the stronger it will be. This summer, we went on strike for very concrete demands. But we also went on strike for dignity, respect, and power. Our movement has to build concretely, demand the tangible, and lay the groundwork for a new generation of working class militancy. Because militancy works. My bosses don’t taunt me about going on strike anymore. After striking, I got a raise – and more than a dozen co-workers asking me how they could join the union.” That’s a lesson tens of thousands of working people are learning across the US.