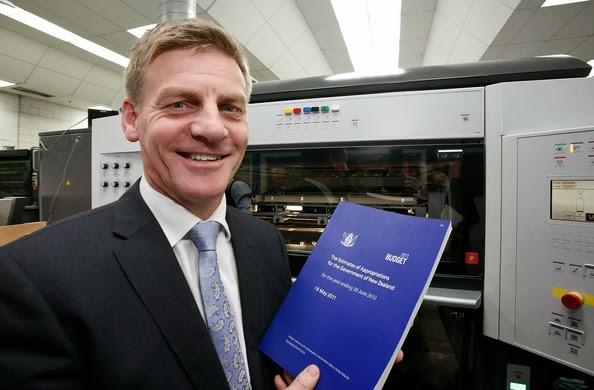 It’s widely believed that it is good, per se, if a government runs a surplus on its own finances. Indeed we judge financial and economic statistics as good or bad, better or worse, without much appreciation of their context. For example most commentators assume that higher annual economic growth (eg four percent) is always better than lower growth. But it’s indicators that involve debt that attract these value judgements the most, and often in contradictory ways.

The simplest example is the general presumption that savings are good while debt is bad. Yet savings and debt are precisely the same thing. Saving is foregoing a share of one’s income and making it available to someone else, with the proviso that the ‘someone else’ has a future obligation to the saver. The transaction is a credit (assumed to be ‘good’) to the saver and a debt (assumed to be ‘bad’) to the ‘someone else’. Thus the transaction is seen as simultaneously good and bad.

In the twenty-first century the ‘someone else’ is increasingly ‘the government’ (or governments in general).

Richard Koo, the Japanese-based economist (author of “Balance Sheet Recession” [2003] and 2012 University of Melbourne Finch Lecturer), observes that, in major economic downturns that include the Great Depression, the Japanese stagnation of the 1990s and early 2000s, and the recent Global Financial Crisis, businesses switch from being profit-maximisers to debt‑minimisers. Koo observes that the strategy of debt minimisation is central to any useful understanding of all major financial crises that have become major economic crises.

Further, the psychology of debt-minimisation has a sibling strategy – saving maximisation. Both the repayment of debt and the accrual of savings constitute a financial surplus. So this very cautious financial psychology, that causes economic crises and is accentuated by such crises, is essentially a strategy of surplus maximisation. Governments should not be seen to be pursuing such strategies, even if there are some contexts in which they should be quietly rebalancing their books.

When we think about what is ‘good’ we can think in either an individualistic way, or in a systemic (ie socially beneficial) way. To an individual it may be good to steal because you get something that you want; and it’s good to not vote in elections because it saves you the effort of getting out of bed or of having thoughts about social issues. Systemically, however, it is good to not steal because if stealing is seen by everyone as bad then other people will not steal from you. And it’s good to vote even if your individual vote may seem to make no difference to an election result. It would indeed be very bad for democracy if everyone took the easy option to not vote.

So is it good for a government to run a Budget surplus? And are governments that emphasise the avoidance of deficits thinking and behaving in an individualist way or in a systemic way? We note that an important part of the job description of governments is to take a systemic view.

Debt-minimisation by government may be a socially responsible strategy if it occurs at a time when the private sector as a whole is clearly not following such a strategy. But if governments try to run surpluses when most private households and firms are also trying to run surpluses, then the economy as a whole fails – a systemic failure – with substantial social consequences.

When the New Zealand National and Labour Parties (with a considerable amount of ‘me too’ from the Green Party about the evils of public debt) contested the 2011 election on a ‘return to surplus’ platform, they were promising to behave irresponsibly, because in the 2008-2011 period private households were being exhorted to be debt-minimisers and saving-maximisers, and the private business sector was known to be pursuing debt-minimisation strategies.

Nevertheless, macroeconomic consequences turned out rather well in 2012-14. In 2011 both National and Labour understood that economic forecasts pointed to private sector incomes increasing substantially (especially in dairy farming and in construction) and that the New Zealand private sector would not persevere with a debt-minimisation strategy for very long.

Thus National and Labour guessed that there would be a government surplus in 2015, pretty much regardless of what policy the government might actually pursue. The ‘return to surplus’ strategy was there to appeal to the many people in the political centre for whom their innate gut instinct is to take the position, albeit contradictory, that debt is bad per se while credit (saving) is good. (Note that the asset sale programme also pandered to the same group of voters, who swallowed the argument that extra social spending could be facilitated by the proceeds of the asset sales without putting the trophy 2014/15 surplus at risk.)

While the National-led government felt it had to be seen to be seen to be cutting public spending, the return to surplus might have happened in 2013 or 2014, rather than in the 2015 projections. Higher levels of economic activity in 2012 and 2013, facilitated by ongoing government spending, would have paid earlier revenue dividends to the government.

What is needed is more openness to debt, more communication about the benefits of debt, more public recognition that debt and savings are conjoint twins, and an understanding that governments which take a dogmatically anti-debt position are financially irresponsible.

The most important financial innovation in the history of humanity was that of the limited liability company. It was this innovation that enabled financial rebalancing through the write‑off of unserviceable business debts.

Likewise, it was when we allowed debtors to become bankrupt instead of sending them to prison that the fear of debt could diminish. Yet our archaic fear of debt remains pervasive. (Even economists, as human beings, share the deeply-rooted fears that colour much of our thinking.) Debt aversion, more than anything else, is the cause of our financial and economic crises. While we like Dr Jekyll (lending and receiving interest), we are much afraid of Mr Hyde (borrowing and paying interest). We cannot have one without the other in equal measure.

The world is in for a rocky road on the debt-front. Debt panics are likely to recur at every decade, as indeed occurred in the nineteenth century. The global savings gluts that cause and are caused by increased inequality are also unintended debt gluts. (Debt and inequality are intrinsically linked. Yet in two (so far) Robb lectures on inequality – at the University of Auckland – Kate Pickett and Richard Wilkinson have barely mentioned the word ‘debt’.) Increased desire for surplus balances is a facet of increased debt-minimisation which arises from growing fears of insecurity. (Social limits to economic growth also contribute to the tendency for the rich – even the modestly rich – to save rather than spend.)

Private savings gluts require a commensurate increase of government debts. Rigid strategies of debt‑minimisation by individual governments thwart the systemic requirement, in this context, for more public debt. Governments should run surpluses when they can and deficits when they must. Most importantly, they should never exploit (and fuel) our deep-seated ancestral fear of debt by using debt-minimisation as a policy upon which elections might be won and lost.