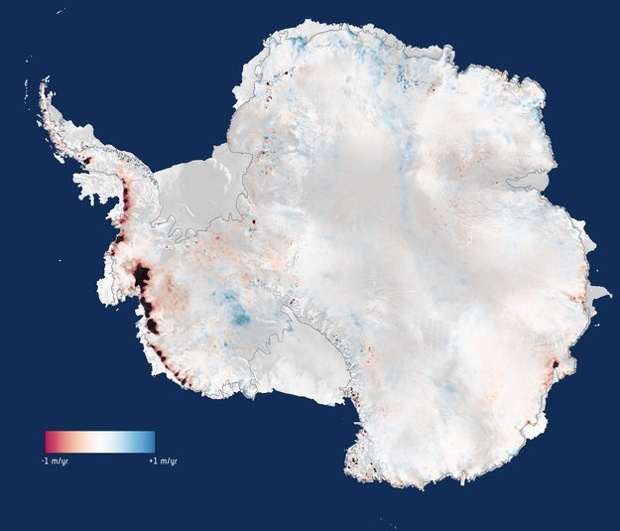 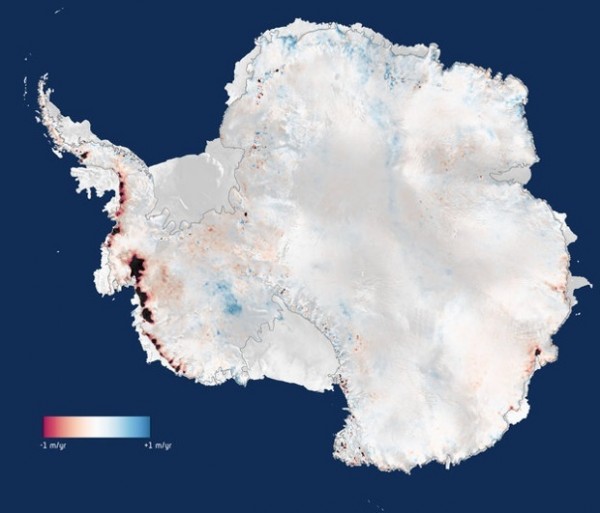 We are committed to a watery future. The coastline we grew up with — the coastline that humanity grew up with — will soon be history. The giant ice sheets of Antarctica and Greenland are melting fast, and have passed the point of no return. Substantial sea level rise is now unstoppable.

It’s been a big week for glaciologists and watchers of the planet’s ice sheets. Last week NASA held a press conference to announce a new study showing that the biggest glaciers of West Antarctica are in rapid retreat, and have now passed the point of no return. They will collapse and add metres to sea level whatever we do – however much we reduce carbon emissions, or manage to restrain global warming. A separate study showed the unstoppable collapse process of one the glaciers — the Thwaites — could take as little as a century or two, if we’re lucky. Once it’s gone, the whole of the West Antarctic ice sheet will be primed to disappear.

That’s somewhere between three and five metres of sea level rise. Before you start to count in any melting of the Greenland ice sheet or the impact on the huge East Antarctic ice sheet – which also has glaciers like the Thwaites, poised for rapid retreat.

Meanwhile, the latest measurements made by the European Space Agency’s Cryosat-2 satellite show that Antarctica is now losing 160 billion tonnes of ice every year — twice as much as in 2005-10. On parts of the Thwaites and Pine Island glaciers the ice surface is dropping by as much 8 metres every year.

The news from Greenland isn’t good either. A new study looking at the shape of the land underneath the ice finds that there are deep valleys extending under the ice, which will help warm sea water to penetrate further towards the middle of the sheet. Another finds that summer fires in the rapidly warming tundra regions around the Arctic are sending smoke and soot up on to the ice and helping the summer melt to intensify.

Some historical context: the last time atmospheric CO2 was around 400 ppm — where we are today — global sea level was about 20 metres higher than today. What we’re seeing in West Antarctica is something that climate scientists have long feared — the first signs that the ice sheets are adjusting to the rapid warming of the planet that our coal and oil burning and forest felling has brought about. The first signs that we’re heading for a radically different coast, with drowned cities and flooded deltas.

The big question is how long it will take. There are tantalising signs in the sea level record from the last interglacial period — 125,000 years ago, when ice sheets were roughly the same size as now — that an ice sheet collapse caused sea levels to rise by several metres in a century or so. But we don’t have ice sheet models good enough (yet) to give us more than a general idea of how the Pine Island and Thwaites glaciers might behave as warming progresses over coming decades.

The IPCC’s fifth report, released last year, suggests that if emissions are not constrained, sea level rise could get close to one metre by the end of this century, and that ice sheet melt could a few tens of centimetres more on top. What we’re seeing today, thanks to satellite sensors and diligent analysis, is the first signs that the ice sheets are starting the long march to our watery future.

We are certainly going to see many metres of sea level rise over the next few human generations. The map of the planet is going to be redrawn as cities are drowned and the megadeltas of Asia flooded. Florida will disappear. Holland will be in trouble. Banks Peninsula will return to what Captain Cook first took it to be — Banks Island.

This is now unavoidable, to all intents and purposes, because once the marine ice sheet instability comes into play it doesn’t matter much what you do to cool the plant, the ice is going to melt before it has a chance to reform. We can only hope that the process is slow enough to allow us to adapt — to move before the waves wash our coastal cities away.