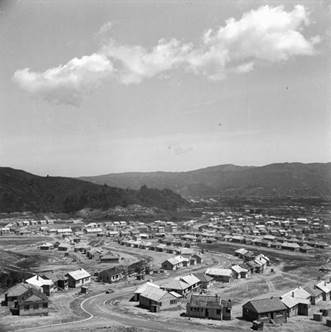 WHICH IS MORE DEPRESSING? Listening to the Prime Minister deny the existence of a housing crisis, or trying to make sense of Phil Twyford’s solution to it? The Organisation for Economic Co-operation and Development’s (OECD) has just ranked New Zealand 34 out of 34 when it comes to the over-valuation of residential property relative to rent and income. According to the OECD, New Zealand house prices, relative to rents, are 70 percent too high.

The Prime Minister will have none of this. Rather than reflecting some sort of crisis, soaring house prices are merely a symptom of the New Zealand housing market’s rude good health. Besides, says John Key, one has only to go on to ‘Trade Me’ to discover plenty of houses priced affordably at around the $300,000 mark.

Twyford’s response to this nonsense began well enough on Radio New Zealand’s Morning Report. New Zealand’s very real housing crisis, he said, was the result of market failure: something which only the State possesses sufficient resources to correct. Labour’s KiwiBuild programme, he said, was pledged to building 100,000 affordable homes in ten years.

If only KiwiBuild meant the New Zealand State buying the land, constructing the houses and then leasing them out at affordable, income-related rentals to young New Zealand families. That, after all, was what the First Labour Government had done. Between 1935 and 1949 entire suburbs had been built by the State. Sturdy, well-designed “state houses”, constructed out of local materials, were erected in the tens-of-thousands.

Orakei, Mt Roskill, Mt Wellington, Panmure, Naenae – made Labour’s commitment to “Housing the People” as real as the concrete foundations these suburbs’ state houses stood on. In its propaganda for the 1938 General Election Labour quoted the words of Professor A. H. Ryan, of Queen’s University, Belfast, who told an Auckland audience: “I had the good fortune to visit the Orakei housing scheme. I have an extensive knowledge of housing schemes and have visited them all over Europe, and I want to congratulate New Zealand in having the finest housing scheme in the world.”

Sadly, KiwiBuild offers nothing like the First Labour Government’s housing policy. Essentially, it is a Public Private Partnership, in which the State facilitates the private sector’s construction of houses which it will then sell at “affordable” prices ($300,000 to 400,000 in Auckland) to first home buyers.

In other words, Labour is promising to help the sons and daughters of middle-class New Zealand into their first home. Twyford may talk in emotive terms about coming to the aid of people living in garages in South Auckland, but the houses that he, Labour and an army of grateful property developers are proposing to erect are not intended for them. Where are working families on the minimum wage going to find the deposit on a $350,000 house?

The question that rattles around in my head is “Why?” With the noble precedent of Labour’s first great exercise in “Housing the People” still standing on a thousand streets all over the country, what is preventing Twyford from following it? Does it all come down, like so many things the Labour Party would like to do – but doesn’t – to a lack of money?

The cost of its housing policy certainly taxed the ingenuity of the First Labour Government. The answer they eventually came up with shocked New Zealand’s Civil Service mandarins to the core.

W.B. (Bill) Sutch, writing in his book The Quest for Security in New Zealand 1840 to 1966, describes the extent of Labour’s political inventiveness:

“To build the houses, credit was created by the Reserve Bank at a rate of 1.25 percent for the first £5 million. John A Lee was made Under-Secretary in Charge of Housing. He accepted on the understanding that money would be available from the Reserve Bank. This procedure was a political victory for those in the Labour Party who wanted to use the financial system to build New Zealand even though such an action might conflict with the banking authorities in New Zealand and in Britain and necessitate a change in ‘free trade’ conceptions. Said Lee later, ‘This was a contentious Party issue. With tens of thousands of men on relief work the Labour Party, Nash and Fraser apart, believed that the funds of the Reserve Bank should be used for essential capital works until available men, machinery and materials were being fully employed. We wanted to undo the politically enforced bankers’ deflation.’”

Can it really be true that the Labour Caucus of 2014 contains no one with the wit and courage of Jack Lee and his colleagues? Is there really no chance that the sort of unorthodox economic thinking that made possible the first great exercise in “Housing the People” can be replicated on Twyford’s watch?

Is there no one in Labour’s ranks who was present, and understood, what the late Sir Owen Woodhouse was telling them two years ago, on 3 November 2012, at the fortieth anniversary of the election of the Third Labour Government?

Sir Owen was the architect of New Zealand’s world-beating Accident Compensation Scheme. Originally, the scheme had been a pay-as-you-go operation – it’s annual costs being met out of the levies charged, augmented if necessary from the Consolidated Fund. In the late 1990s, however, in preparation for its eventual privatization, the National Party insisted that the Accident Compensation Corporation become fully-funded. In other words it was required to build up a fund sufficiently large to meet all of its existing and likely future obligations.

According to Sir Owen:

“… ACC has been regarded by some as an insurance scheme under another name. And eventually the need for an income flow was converted from pay-as-you-go to a commercial insurance-type funded system. It is an expensive mistake. For this reason, every year employers and owners of vehicles have been paying much larger amounts than need be in order to build up the large invested funds which now total more than 20 billions. The funded approach should cease in favour of ACC’s annual needs – the system that has always operated for health, education and all general social benefits. By this simple change levies and vehicle charges would be much reduced; they could be averaged across all industries; individual ACC accounts could be amalgamated. And only by this means can the system be extended to sickness as intended by the original report and later outlined as feasible by the Law Commission. It may be asked what of the large fund now in place?”

Sir Owen’s suggestion was that a “sufficient portion should be retained as the necessary contingency against the risk of major disaster with a balance to future levies”.

Well, yes, that would be one solution. But, were a future Labour Government to follow Sir Owen’s advice and revert to a pay-as-you-go ACC, then that $20 billion, or, at the very least, the annual income it generates, could be turned to other purposes.