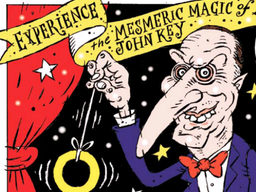 Looking through the on-line Budget document on Treasury’s website, I happened to notice something… peculiar.

The following page is entitled  Responsibly managing the Government’s finances and is part of Finance Minister Bill English’s summary. As such, it is a political document and not a Treasury report.

Note the five graphs on this page. Notice anything about them?

Let me “lump” them together, so they can be better compared;

Note the starting dates on each graph. They differ in nearly each case;

At first glance, there appears no reason for the difference start-dates of each graph.

That is, until you look at what each graph represents.

#2: Shows “Core Crown Revenue” falling from 2006, and “Core Crown Expenses” rising from around the same time.

#4: Shows “Budget Operating Allowances” much higher under Labour – highlighted by the use of red and blue column lines – than National. The 2008 red-bar is erroneous.

#5: Shows “90 Day Interest Rates” higher under Labour than National – again highlighted by the use of red and blue graph lines.

Meanwhile, graphs 1 and 3 show National in a more positive position;

#1: Shows  “Total Crown operating balance before gains and losses (OBEGAL)” starting from 2012/13, and reducing. There is no prior context depicted for any previous years. The overall impression is a favourable one to the viewer.

#3: Shows “Net Core Crown Debt” rising from 2009; peaking at 2013/14; and dropping thereafter. Again, there is no prior context depicted for any previous years.

If we replace the mis-leading charts with more accurate representations, the picture is unsurprisingly different. A verticle red line on the right hand, accurate graph, pinpoints where Bill English’s graph (on the left) starts.

The more accurate  version on the right gives a more complete picture of successive government’s Total Crown operating balance before gains and losses (OBEGAL), and put’s National’s record in context.

The more accurate  version on the right gives a more complete picture of successive government’s Core Crown revenue and expenses, and put’s National’s record in context.

This next one is a personal favourite of mine, and National/ACT supporters hate it with a passion.

The more accurate version on the right gives a more complete picture of successive government’s Net core crown debt, and put’s National’s record in context. It also happens to highlight Labour’s track record in reducing the country’s sovereign debt – something that jars with Right Wing historical revisionism that attempts to depict Labour as an incompetent fiscal manager.

Note: the chart on the right, with the blue bars is taken from Budget 2013 – Bill English’s own document from last year. The correct data (blue graph) is supported by a 2010  Treasury working-paper,  Fiscal Institutions in New Zealand and the Question of a Spending Cap.

Either the red bar for 2008 is an error – or a deliberate attempt to further portray the previous Labour government in a bad light. Considering that three out five graphs appear to have been selectively presented, the possibility that the 2008 red-bar was deliberately fudged cannot be excluded.

English writes that “Future Budget allowances are set at sustainable levels… [graph inserted] ...which is helping to take pressure off interest rates“.

Actually, the reason that the OCR and 90 Day Rates are currently at a historic low has little to do with “future budget allowances“. The Reserve Bank does not set current OCR/90 Day Bill Rates against “future” budget allowances.

Indeed, the RBNZ dropped the OCR to 2.5% in April 2009, the following year from recession hitting our economy.

There is next to no reason for English to have included the 90 Day Interest Rate in his Budget document, except to attempt to take credit for historically low interest rates that were the result of a global financial crisis and not because of any actions his government took in 2007/08.

Not unless he, John Key, and the rest of the National caucus were sitting in Board Rooms across Wall Street?

Not unless he, John Key, and the rest of the National Party were in government a full year before the 2008 general election?

And not unless Bill English also wants to also claim responsibility for high interest rates in the 1990s, when the National Party governed under the leadership of Jim Bolger, with finance ministers Ruth Richardson and Bill Birch? When interest rates peaked at over 15% in 1990 and were consistently high throughout the 1990s.

Unsurprisingly, this is one graph that did not find it’s way into Bill English’s 2014 Budget document;

As for Budget 2014 – I suspect it is a document that will soon reveal more hidden surprises for us all.

NZ Treasury: Fiscal Institutions in New Zealand and the Question of a Spending Cap