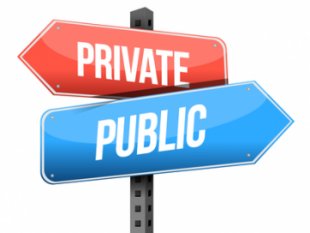 When it comes to the privatisation of public services I thought nothing could worry me more than what is being done to education and prison systems worldwide, but I am beyond alarmed to read in today’s Guardian that the Department for Education in the UK is seriously considering privatising their version of CYFS.

To put such sensitive matters into the hands of companies with a profit motive is frighteningly foolish.

“Professor Eileen Munro, whom Gove commissioned to carry out an independent review of child protection published in 2011, said establishing a market in child protection would create perverse incentives for private companies to either take more children into care or leave too many languishing with dangerous families.

“It’s a bad idea,” she told the Guardian. “It’s the state’s responsibility to protect people from maltreatment. It should not be delegated to a profit-making organisation.””

Let’s just be clear on what privatisation of public systems can do:

In England, G4S was fined for overcharging on a contract to tag offenders. Bad enough – but privatising prisons in the USA lead to astounding corruption where two judges were taking bribes amounting to tens of millions of dollars from PA Child Care and Western PA Child Care detention centres to jail children.  The Cash for Kids scandal saw over 6000 children jailed after improper trails – 4000 convictions had to be overturned – and this is in just one courtroom.  All because a greedy company needed more ‘customers’ to make more profit and was happy to wrongly jail children in order to create the demand.

It doesn’t end there.

Privatising public schools has lead to all manner of problems in the UK and the USA.  Fraud cases turn up weekly, schools being closed because they promise more than they deliver, schools with barely any pupils, students that don’t exist on the books and receiving funding, and the huge attrition rates, especially for special needs or other students that are deemed to be more difficult to teach.  Who cares about the students themselves?  What matters, it seems, is profit, and therefore image is more important than fact and far, far more important than the students themselves.

Privatising the mass testing of school children (rather than in-class testing by teachers) is costing millions in the USA and in Australia, for example.  Pearson make a mint.  Parents and teachers are leading huge protests.  The children are stressed. But the money-making machine rolls on.  Pearson now have their hands on myriad areas of education, not least of all standardised testing, school books, a computer-based curriculum for secondary schools, PISA testing, and are investing in private schools – just consider the number of conflicts there.  But again, money trumps all.

And now child protection services is to be next.  I am doubly fearful because any half-baked ideas that the USA and UK have undertaken have turned up in Aotearoa not that long afterwards.  Charter schools, private prisons, and we are well on the road to this government forcing standardised testing on us.  I dread to think what the privatisation of CYFS would do for our vulnerable youngsters.

There are real dangers of introducing the profit element into vital public services.  You make these service into for-profit businesses, you create a demand, and you distort the focus of those providing the service.  At that point it is no longer a public service, it’s just a business.

As Professor Munro said: “It’s the state’s responsibility to protect people from maltreatment. It should not be delegated to a profit-making organisation.”