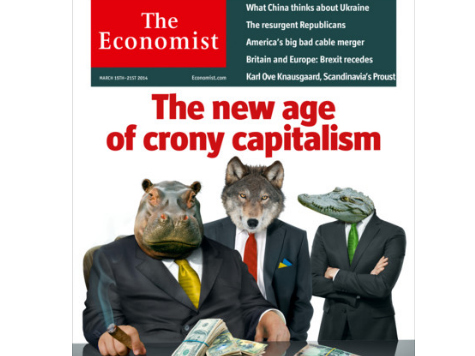 The true nature of this government has been on show in recent weeks. We have seen consistent evidence of a government ruling for the economic elite with little or no regard for the broader population.

The actions of this government speak to an arrogance and commensurate sense of entitlement. This is shared with our own economic elite and replicated across the western world through the tentacles of neo-liberalism – a failed economic experiment that holds on desperately through the continued corruption of political life and the imposed consent of the masses while entrenching inequality.

In Aotearoa, accompanying this unjustified privileging is an apparent lack of contrition. Judith Collins remains steadfast in refusing to accept the existence of a conflict of interest while Maurice Williamson seems to genuinely believe that he has done nothing wrong. Meanwhile, Simon Bridges is perhaps just guilty of ignorance when he signs off on the degradation of our protected land, but neo-liberalism justifies this as a rational pursuit of profit regardless of the long term cost to our country.

Maurice Williamson’s resignation was not a solitary event for this government. It follows in the footsteps of, off the top of my head, Richard Worth, Pansy Wong, John Banks, Peter Dunne, Nick Smith, and Aaron Gilmore. Along with a gaggle of resignations in advance of the upcoming election, some external observers might even dare to suggest that this is a government in crisis, with consistent concerns around the behaviour of MPs. But no, it is merely renewal, they tell me.

What the evidence shows is a government dealing out favours to their corporate backers and ideological bed pals. Whether it be better access to Ministers, bailing out corporates, changing our employment laws, meals at Antoines, or a massive transfer of public wealth into private hands, this government has a clear and undeniable track record of meeting the short term needs of the economic elite at the expense of the long term health of New Zealand.

With the very public mistakes of Collins and Williamson, the stench of cronyism was finally beginning to stick. Members of the public were beginning to see the true motives of their governing representatives, and the smell was undeniable.

What we have also seen is a relentless obsession with power, consistent with the neo-liberal doctrine. That doctrine is flexible, for it allows for a shift in ideology, so long as it is for the shortest time possible and results in a maintenance of power. This is particularly so in an election year. Power above principle, it would seem.

As it happens, this is an election year.

This week’s Budget announcement saw what some commentators have called a “Labour-lite” Budget, with messaging clearly aimed at grabbing the attention of “middle” New Zealanders through a modicum of social spending. However, this shift to the left seems to have escaped, by in large, critical analysis by a suppliant media content to recycle the government’s spin.

The pre-Budget nod to tax cuts was another technique to highlight better things are coming for that same middle ground. Speaking plainly, these moves were electioneering, not long term fiscal management of our economy.

We are left, then, with some unanswered questions. When we look at the content of the Budget, how does the Budget address the fundamental challenges we face?

Where do we sit on our government debt? What is happening with our housing crisis? Where is the investment in addressing child poverty? What strategies do we have for job creation? What about the quality of those jobs? How is the increasing amount of people exposed to precarious work beneficial for our country? What jobs are there for people in the regions? What options are there for school leavers? What are we doing to address our over-valued dollar? Do we have any strategy beyond primary industries? Are we going to have any discussion about our growing retirement liability? Did anyone actually read the Intergovernmental Panel on Climate Change’s report?

The reality is that we are faced with a government with no ideas. A government that clearly favours the economic elite, yet has no plan to empower the community as a whole.

So, why is it then that this government continues to garner support? Why is it that a significant number of New Zealanders are voting against their own self-interest?

Because we live in a hegemonic society. The proponents of neo-liberalism have succeeded in having an all encompassing ideology supplanting our collective social goals. As the Australian thinker Anne Manne wrote in 2010:

“…the values of the market began to colonise the life-world. Its assumptions seeped inexorably into every cultural pore, penetrating all kinds of relationships, however intimate. As a consequence, our very sense of self began to change and to become more consistent with neo-liberalism’s self-sufficient and self-interested ideal: Economic Man.”

To achieve this, neo-liberalism has deliberately developed what the academic David Harvey calls a “construction of consent”.

In New Zealand, an example is the construction of consent around a re-engineering of our values when it comes to social welfare. For decades we had a social welfare system – although not perfect – that provided a safety net driven by compassion for our fellow members of society. The language of the neo-liberals, however, removed any references to “compassion” or “fairness”, while instead using the mantra of “dependence”, leading to social exclusion and blame of those in need of assistance.

Deliberately ignorant of privilege, the blame directed at the poorest is used to mask policies aimed at providing for the wealthy. More cynically, this strategy of blame creates a wedge between the working poor and those receiving assistance. Beneficiaries are blamed for the lack of money for the working poor when in truth it has been siphoned off to the wealthy. This is evident in the concentration of wealth in the top 10% as we tilt towards an oligarchy. Collateral damage in this deliberate exclusion? The children: now with 285,000 in poverty. In New Zealand.

Other examples are in education and health, with the development of systems adding to pre-existing privileging.

Fuelled by anger and mis-informed by spin, the same academic David Harvey sums it up best:

“Not for the first, nor, it is to be feared, for the last time in history has a social group been persuaded to vote against its material, economic, and class interests…”

The challenge for the opposition this election is to break beyond the fog of neo-liberalism, and to tap into the real self-interest of New Zealanders: a better society with more opportunities right across the socio-economic spectrum. They can do this through positive, smart, solution oriented messaging – not through divisive and negative tactics.

The good news is that there is a global populist movement coming together to re-orient ourselves to our collective well-being. This movement particularly targets the lack of accountability following the 2008 Global Financial Crisis. We also see calls for the freedom of the internet and an ensured realm of privacy to maintain the ability to challenge tyrannical government, particularly prescient for New Zealand given our collusion in the narrowing of the global private sphere.

Finally, we are even seeing in the United States members of the establishment questioning the secrecy and benefits around free trade agreements with Senator Elizabeth Warren rightly querying the Trans Pacific Partnership.

Ultimately, we need to move beyond this outdated orthodoxy proven to be fundamentally flawed by the 2008 Global Financial Crisis. We need to remember why we have a government – not to make money, but to allow a society to flourish. That will not happen with a government serving only a few. We need a government serving the interests of New Zealanders right across society grounded in equity and access to opportunity for all.

In sum, we need a change in government.