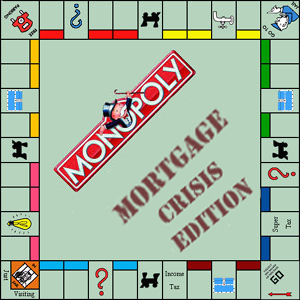 Who defines the problem, gets to define the solution, and so it has come to pass that Special Housing Areas are the ‘solution’ to the ‘Housing Crisis’ as defined by Government and handed to Auckland Council through the ‘Housing Accord’ to enact.
The stated purpose of Special Housing Areas was to “free up land supply”, and “address Auckland’s housing affordability”. With the creation of 63 Special Housing Areas (SHAs) spread far and wide, the Government and Council aim to enable the speedy consenting of 33,500 new homes.
The factors affecting high house prices are diverse. But the Government picked land use rules as the issue requiring urgent action. Not prepared to address other causes like speculative pressures pushing prices up, with a Capital Gains Tax; or the cost of house construction, by dealing with New Zealand’s building duopoly, the Government, and by extension, the Auckland Council, have departed from due planning processes, ignored infrastructure constraints and removed parties’ rights to a say in matters affecting them. Special Housing Areas are a crude free-market response relying on trickle-down economics and minimal intervention to address Auckland’s complex population and housing situation. The creation of fast-tracked SHAs compounds Auckland’s planning and infrastructure problem, rather than solving it.
To address housing affordability, SHAs improve theoretical availability by flooding the market with new urban zoned land. One wonders about the building industry’s capacity to build that many dwellings so quickly. But land supply addresses just part of the issue. Other costs include economic and environmental, visible and invisible costs. There’s site development, and building costs; the public costs of infrastructure – if provided; and social and environmental costs if not –such as air and water quality effects, loss of amenity and open space, and the long term costs of commuting and congestion.
Public concerns over SHAs include lack of consultation, costs carried by ratepayers, adverse environmental effects, traffic, and infrastructure requirements, and whether there’ll be enough ‘affordable housing’ to justify the projects. From others are concerns about what ‘affordable housing’ will mean for existing communities and current social and land values.
The proposed development areas are not all lacking merit. But many of the new SHA are in places not previously contemplated for high density development. Local Boards are sometimes opposed to the new zones for want of infrastructure. The Government proposes reducing some development contributions meaning either a funding deficit or a service shortfall.
Because consents are to be approved within six months, SHAs short-cut the planning process applied to conventional subdivision, and privilege some developments over others. Other regions of New Zealand are also disadvantaged as special provisions support yet more growth in Auckland at the expense of investment in the provinces.
‘Affordability’ is defined as a house worth between $325,000 and $475,000, probably unaffordable for many first home buyers anyway– especially in the face of the Reserve Bank’s Loan-to-Value lending limits for those with less than 20% deposit for a house.
The Unitary Plan is supposed to provide sufficient capacity for the generations to come. But by expediting ad hoc development in selected areas, the Council and the Government are allowing years of the region’s predicted growth to be guaranteed consent within six months of application. The SHAs clearly pick winners. The losers are existing communities, good urban design, strategic and planned provision of infrastructure, and our environment.