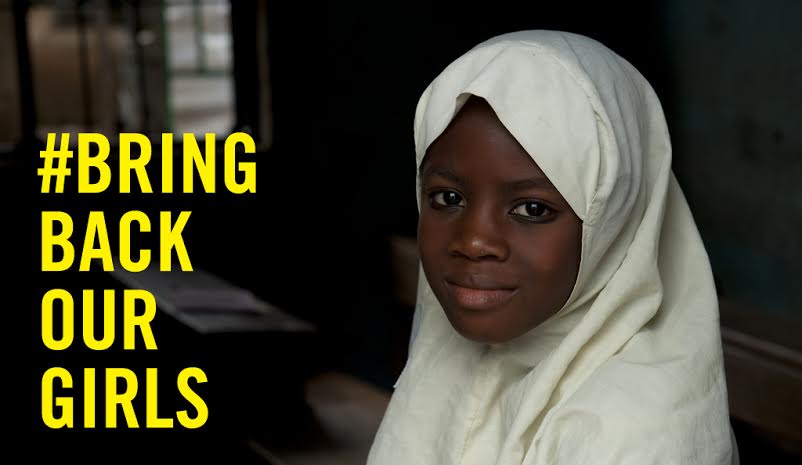 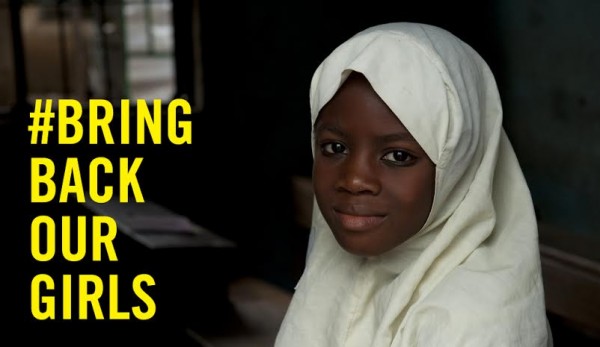 There is little dispute that after 2.1 million #bringbackourgirls tweets, people are now more aware about the abducted Nigerian school girls than they were eighteen days ago. Thanks to social media and our collective outrage, a spotlight is shining on the girls’ story and their parents are no longer alone in their anguish.

Solidarity and empathy are inspirational human traits, ones that some victims of human rights abuses can only dream of, so why has there been a shift in opinion in recent days dismissing the hashtag as futile or even harmful?

The issue is not so much that the masses get their current affairs news through social media (#signofthetimes), but more that social media is increasingly being viewed as the solution to world issues. It seems that people think that by simply tweeting a demand, liking a post and sharing an image their demand will be realised.

Unfortunately that is not the case, and if social media is used in this way then there is a strong argument that the hashtag is indeed doing more harm than good.

In an ideal world, an event such as this would generate discussion, promoting awareness (and more discussion), leading to action, which would result in a solution. However I can say with conviction that this is not the case in our world. Instead it is generally inaction that leads to outrage, which results in a frenzy and ultimately an international impasse. The problem is not the hashtag itself, the problem is that it is used in isolation with no consideration and engagement with the other crucial stages of the problem solving process.

A recent Amnesty International press release has exposed how poorly the current situation was handled by the Nigerian authorities, as they not only knew about the raid of the school four hours before it occurred,[1] but they only accepted UK and USA assistance weeks after it was offered.[2] This and other stories that have emerged highlight the inadequacies of the Nigerian Government. Whether this was due to corruption or ineptitude is irrelevant, the situation was neither adequately prevented nor resolved.

The Nigerian Government’s (in)action needs to be questioned, and every tweet and post helps intensify that much deserved scrutiny. I mean it can hardly be a coincidence that President Goodluck Jonathan allowed for foreign help around the same time that #bringbackourgirls became viral.

(Social) media certainly has its place in international relations, and as the Arab Spring has demonstrated, even the most intolerant and repressive leaders have to answer to the masses. The problem is when we confuse its role of instigator, informant and infantry. The Arab Spring, social media’s human rights golden child, is different as it was used to incite and coordinate the public to protest against oppression, whereas #bringbackourgirls is being used to spur governments into action.

By conflating the two we lose the crucial link between target audience and decision maker, as was the situation in the KONY 2012 campaign.[3] I am sure many can remember this movement, dubbed the fastest growing viral video of all time, generating 3.7 million pledges and prompting international rallies attended by thousands. As a means to inform and instigate it certainly was a success, however the difference with the Arab Spring movement and KONY 2012 / #BringBackOurGirls is the outcome.

In the Middle East and North Africa, social media acted as an instigator for wider conversations and political solutions to develop. With no solution focus to an action we see Joseph Kony is still at large and the sad reality is that two years down the line, people’s association with the KONY campaign is that of its director’s very naked, and very public meltdown and not whether justice was served to the rebel leader’s victims.

In terms of #BringBackOurGirls global outrage has led to many governments offering specialist help and resources to help find these girls. This is great but what next? Will they back the next time a violent incident occurs and will they support the Nigerian Government with ongoing resources and assistance to tackle the four-year old insurgency that has claimed thousands of lives.

Technology has armed the masses with strong weaponry, however a bullet is only as useful as the sniper’s aim. Although the #bringbackourgirls campaign is undeniably a step in the right direction, albeit three weeks too late, the problem is systemic and the solution requires us to confront the institutional flaws that plague international law. [4] It is inexplicable that, whilst in the harsh light of global scrutiny, at least another eight girls were able to be abducted and more than 200 killed (in a single day, 5 May) in North-Eastern Nigeria. Never mind the fact that prior to the hashtag more than 2, 000 deaths this year alone have been attributed to Boko Haram. Yet the world still acts surprised when they do something outrageous, like kill and abduct. Issues of what entails appropriate government action and reaction are far more complex than a Twitter account can and should be able to solve. A hashtag can only go so far, and while it may help bring back the girls, the situation in Nigeria requires a long term commitment by the international community, not an erratic SWOT team to save the trending issue of the day.

We live in a world of tweets, likes and shares, which is not a bad thing… if treated accordingly. The passionate activist among us who has tweeted #bringbackourgirls cannot be outraged when another, more socially relevant hashtag comes along, and the fate of the Nigerian school girls gets lost in the depth of internet obscurity. Instead we need to harness the force of social media and use if for what it is good for; informing and instigating. The proverbial infantry in this situation has to be the Nigerian authorities and other governments, as they are the only ones that can bring about change. Twitter has gifted us with a megaphone, however its power is only short-lived, so let’s use those few amplified messages to incite change not frenzy.

So when you stumble across a horrific story on your newsfeed that inspires you to do something. Don’t forget to ACT when you reACT