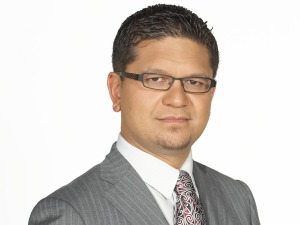 TVNZ report: No bias, but ‘unacceptable’ activities
TVNZ’s former head of Maori programming Shane Taurima failed to adequately disclose his political activities with the Labour Party and was guilty of using the state broadcaster’s resources for political purposes, a review has found.

Listening to the ridiculous defence by Shane Taurima for his terrible use of public resources for Labour just makes his position untenable to run as their candidate in Tamaki-Makaurau.

If Labour want to take the high ground with publicly funded elections, it can’t pick a candidate who couldn’t see the issues of using their position at TVNZ to further political ambitions.

Shane is a great broadcaster, but his decision can’t be defended and even with his broadcasting skills his inability to credibly defend his actions on TV3 tonight mean his selection would be a backward step for Labour.

In terms of who could win Tamaki-Makaurau, I think Julian Wilcox would be an excellent choice.

Sorry Shane, but if you couldn’t see the positron you were putting yourself in, it doesn’t bode well for the judgment necessary to represent.