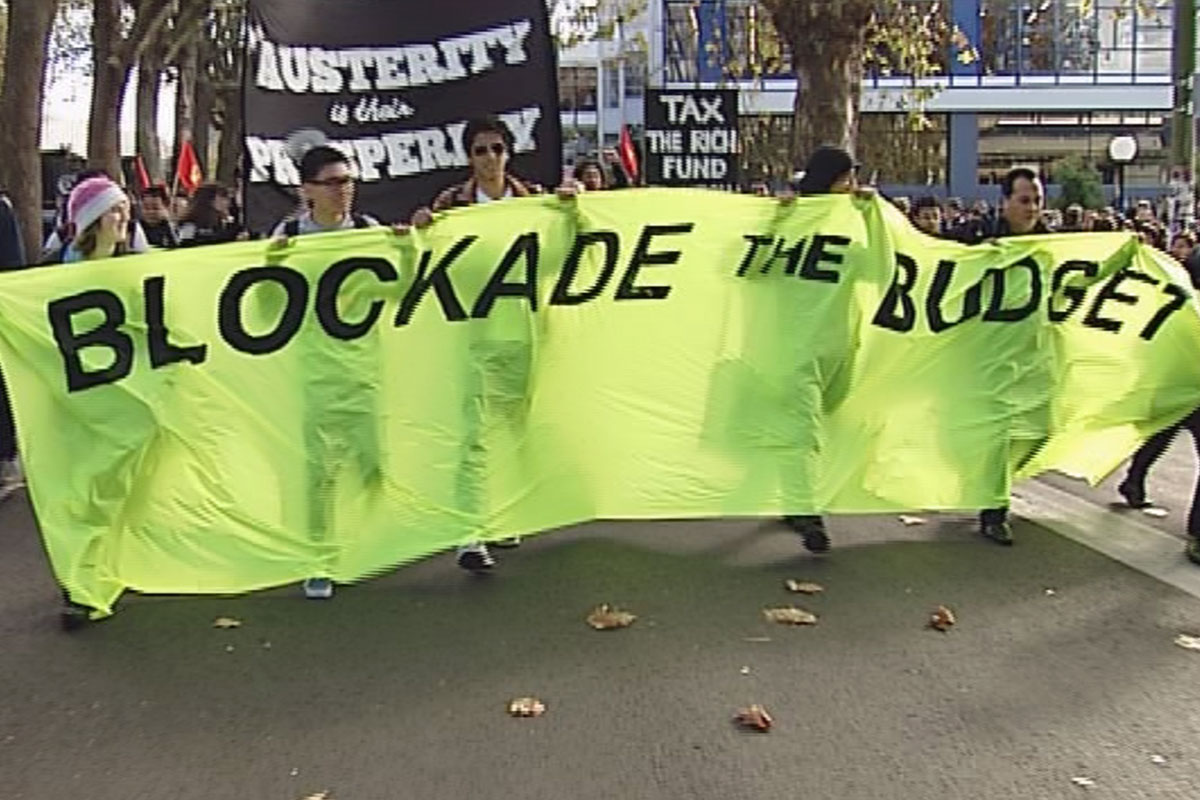 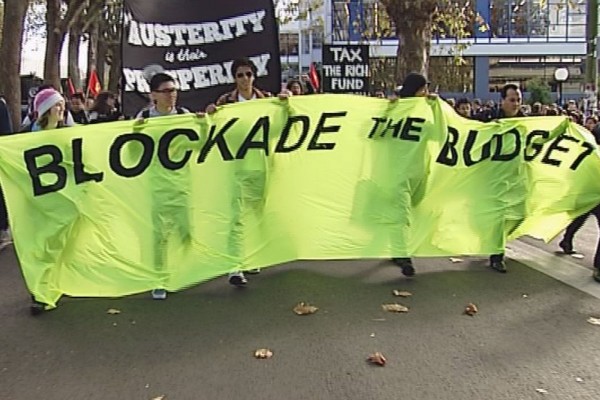 On Thursday the 15th of May, the New Zealand Treasury will release the 2014 budget detailing state expenditures within the economy’s various sectors. This, in short, means how much tax the government wants to collect and what it intends to spend such taxes on.

The National Party’s 2013 budget cut student allowances for postgraduate study and increased the loan repayment threshold to 12%. [1] Following the general trend of dismantling student loans over recent years, the 2014 budget aims to enforce harsher penalties if students cannot make loan repayments. Some may think that this has had no impact, but they would be mistaken, with Auckland University’s postgraduate enrolment numbers having decreased by 7.1% since such changes have been implemented. [2] Our government is continuing a process of financial exclusion that many students seeking tertiary study face already. This is a waste of potential that holds students back from the opportunity to succeed in higher education, especially those within marginalised groups.

Furthermore, the debt burden faced by students will mean that their study options will shrink, which will result in student attendance only within ‘profitable’ fields occurring. What is beneficial for society is not necessarily what is profitable, and such attitudes foster a society where ground-breaking philosophers, artists, musicians, directors or writers may be discouraged from gaining adequate training and support. This reduces the measure of educational success and success at life solely to the criterion of profit, which will reduce our success in other measures not based on profit, to all of our (and to future generations) detriment and impoverishment.

The corporatisation of the university

As the university now has less funding from the government, this has given the university space for a corporate takeover, which makes the University less about learning and teaching, and more about profit. This is something that most students do not need explained to them – as students at the University of Auckland, we are probably all used to being treated more as commodities than people. Our value as students is purely what this institution can get out of us – whether through our rising fees, our money at overpriced food and stationary vendors, or our mental capacity, as we are funneled into whichever courses yield the university the greatest profits. This is all occurring while we have little democratic control over this university, which is declining even further through Minister of Tertiary Education Stephen Joyce’s recent erosion of representation on university councils from 20 to 12 members, and removing guaranteed student representation, while not reducing ministerial appointments to said councils. [3]

The strength of our student union, the Auckland University Students Association, is withering away as many of its functions have now been outsourced to Campus Life, a further blow to ours and other student unions that has been repeatedly eroded under this government, in particular through student union membership being made voluntary in 2011. [4] Campus Life now occupies former AUSA spaces and conducts activities similar to what AUSA used to do, only now without student participation,  which displays a corporate philosophy through referring to services such as student accommodation and health-care as ‘revenue-sensitive business units.’ [5] This is an ongoing course of action that shows no sign of stopping, with cuts to the universities Tuakana programme for Maori and Pasifika students already being announced just last week.

Before 1989, public tertiary education was tuition-free in this country. It would cost approximately around $1.1 billion annually to have fully funded tuition-free public tertiary education in the future. [6] That’s around half of the $2 billion tax cut John Key gave to the top income earners and top wealth owners in this country. If countries ranging from Argentina [7], Uruguay [8], Sri Lanka [9], Ireland [10], Scotland [11], Norway [12] and Denmark [13] (and others), with annual Gross Domestic Product’s (the amount of goods and services produced by a country in a year in monetary terms) both higher and lower than ours, in both total and per capita (per person) terms, can do it, we can do this too.

Therefore, this is not a case of only a certain country or region of the planet being able to implement this, it is being done globally. We can also have tertiary education free again, if we fight for it. Tuition-free public tertiary education would create a generation of highly skilled and educated workers and employers, as well ensuring that our citizenry is educated and inculcated enough to take part in and keep alive our democratic society. This would enhance both our economy and overall, our society’s prosperity, vitality and success, in all meanings of the term, not just according to a profit-based notion’s metric.

How we can fight back

Is structuring our current society on the basis of ‘if you’re rich, you can learn’ really something worth supporting? Do we agree with the arrest of indebted students at the border, and for ex-students to be criminalised for being behind in their student loan repayments? Do we want to be stuck with debt for the rest of our lives, and for future students to be faced with such debt? By not reacting to this current trend, by not resisting these changes, we are effectively supporting this trend through apathy and resignation.

In response, there will be several events in protest of the 2014 budget, beginning with a promotional event including art, music and soup besides the Symonds Street intersection on Thursday the 15th of May in the early afternoon (around 1:00PM – 2:00PM, when the 2014 budget is revealed), when the budget is announced. After this, on the following day, on Friday the 16th of May, students and others will meet outside the general library at 11:00AM, where there will be brief speeches by a few speakers followed by a march to an event where John Key will be speaking. [14] [15] Kia Kaha!

Blockade the Budget is a University of Auckland student group which is organizing an upcoming protest against the soon to be released budget by the National-led government.