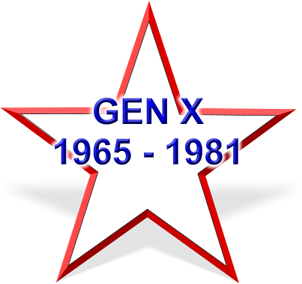 Viewed through the lens of population change, the future looks alarming for those born in the baby-bust years following the post-war baby-boom.

This Generation X, now aged 28-48, are not all “whiz kid” executives on high salaries. Many have student loans and mind-boggling mortgage debt, and many face the high costs of parenthood and the growing needs of their older relatives.

As retirement looms, they see the baby-boomers take an ever-increasing share of the economic pie, not just in the form of superannuation but in healthcare too.

Treasury figures show that spending on NZ Super in 2010 of about 4 per cent of GDP will rise to around 8 per cent by 2060. This overstates the true cost, as some flows back in tax, but ageing pushes up healthcare costs too, adding a further 3 per cent of GDP by mid-century.

If the baby-boomers take more, how will the younger generations fare?

…NZs intergenerational theft is always loaded against Gen Xers. With so many Gen Xers fleeing NZ to pay their student loans off, Baby Boomers forever have the tyranny of the majority to ensure their cradle to grave Government subsidy will never end.

We have so much to thank Baby Boomers for. They forced social change, increased personal freedoms and demanded accountability from Government. They protested Vietnam War, feminism, nuclear free NZ and the Springbok tour, but what they failed to protect was the very universal provision of social services that set them up so well in later life.

Gen Xers were the first use pays generation. They had to pay for their education, then save up money for a deposit on a house in a property market speculated out of their reach by baby boomers while also saving for their own retirement. In short, Gen X have been treated as poorly by boomers as Paula Bennett has treated beneficiaries. Happy to benefit from universal provision, but not happy to share it, the charmed existence of the boomer hasn’t existed for anyone but them.

A progressive Government coming into challenge this intergenerational theft should first consider reapplying death duties to redistribute all that boomer good luck to other generations.