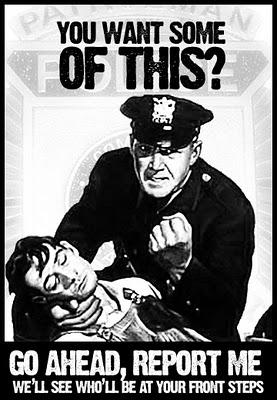 And yet another toothless bark from the IPCA…

Police boy racer action ‘disrespectful, degrading’
The actions of police who detained hundreds of boy racers for up to seven hours were unlawful, ”disrespectful and degrading” and a breach of human rights, the Independent Police Conduct Authority (IPCA) has ruled.

Police attended and found a large number of vehicles and up to 250 people congregating on Maces Rd about 7pm. They witnessed cars doing burn-outs and some disorder, the report says.

…you would think after getting it so spectacularly wrong with the unlawful detainment of Tuhoe that the Police would think twice about mass detainment, apparently not. Here we have an example of the Police taking it upon themselves to mass detain hundreds of NZers and breach human rights while doing it.

Closing the road to prevent Boy Racers from dangerous burn outs is one thing, closing the road and then treating everyone in it worse than what Prisoners are treated is a police action too far.

If these sorts of bully boy tactics are really what our Police are stooping to, complain and take the buggers for all they have through the complaints process. Police have had to pay out $400,000 to wronged members of the public over the last year, the only way cops change their behaviour is if it hurts them in the pocket.